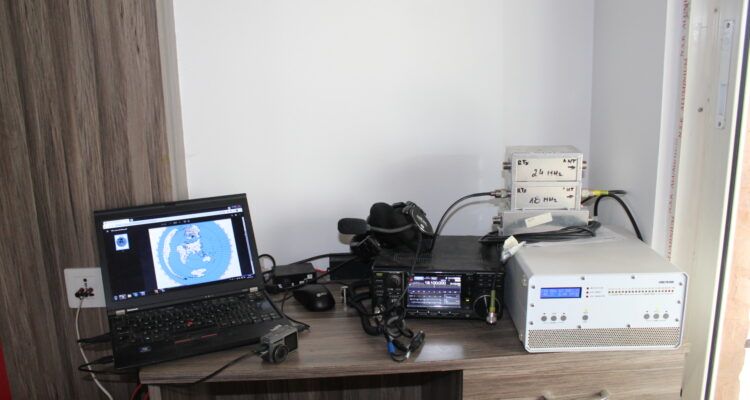 HAM Radio or Home Amateur Radio is a popular hobby worldwide that started in 1908 from the
Harvard Radio Club. Today there are about 3 million HAM radio operators around the world.
Each year, different groups hold many radio expeditions where the radio hobbyists travel to
remote parts of the globe, set up their transceiver and antennas, and participate in the
DX’pedition. During the contesting, operators make as many voices and digital contacts as they
can. The contest can be for a few days to weeks. The winners are logged in the international
portal and appreciated with the certificate. To take part in the DX’peditions operator must obtain
a license with a call sign.
In March 2015, three HAM radio operators from Poland contested in a CQWPX contest from
Nepal. That is where I first met Rafal SQ9CNN, Janusz SP9FIH, and Bogdan SP2FUD. Rafal
was an Asia winner in the 10m bands using the Nepalese call sign 9N7CC. The team loved the atmosphere in Kathmandu which
encouraged Rafal to invest 50,000 USD for the Ktmguide portal in June 2019. In 2021 Rafal and
Janusz also proposed to invest in a permanent HAM radio station in Kathmandu.

In April 2022, Janusz with Leszek SP6CIK came to Nepal again for another contest. The station
was set up on the hilltop of Changunarayan. To my surprise, Janusz 72, is still a very active
radio hobbyist. He came to Nepal for the first time as a solo trekker in 1979, he summited
6400m tall Mera Peak, since then Janusz has visited Nepal in 1984, 1986, 1988, 2003, 2015,
2016, and 2022, making total 8 times to Nepal. He remembers his first visit to Nepal when there
were only 2-3 taxis in Kathmandu and most people rode on bicycles. During that time
Kathmandu was very clean and noise-free. Janusz has already visited more than 70 countries
out of which he finds Nepal special because of the Himalayas, people, culture, and its central
position on the world map.

To operate radio transceivers and antennas in Nepal, one must obtain a callsign from the
Department of Information and Broadcasting in Tilganga. For foreigners, they can get a
temporary Nepalese call sign for 1 year. It took Janusz and Leszek 2 days to get the local
callsign. Inbetween April 25th and May 14th, 2022, the team was able to make more than
24,000 contacts. When I asked Janusz why you participate in such an intensive and

expensive hobby, he simply said it makes him and other radio amateurs happy.

The team was operating 100 watts Icom 7300 Elecraft K3 transceiver for CW telegraphy that
was transmitting in the frequencies between 28 to 28.300 Mhz. A 500 watts power amplifier was
also used with the transceiver. Technically there was 0 lag in the radio communication between
the operators.
But the team was having difficulty making voice contacts due to unidentified square wave noise.
They were suspecting it to be from the power grid. Most of the contacts made were on the
digital texts.

Here is what a typical voice contact sounds like:
A: CQDX 9N7WE Over
B: 9N7WE This is Oscar Hotel 2 Bravo Golf Delta Over
A: Ok OH2BGD, I receive you 5/9 Over

The team was frequently disturbed by the electricity and internet problem in
Changunarayan. While the power was out the local beer Nepal Ice helped a lot, Janusz said.
After this expedition, we are planning to establish a permanent radio club in Kathmandu.
That will facilitate all the amateur radio operators around the world. After the completion of
the club, the operators will be facilitated with the basic transceivers, antennas, local call
signs, seamless internet and electricity, food, accommodation, and transportation during
the expedition at a very reasonable rate. Amateur radio communication is vital in the case of
disaster and disruption of modern technology. It is the basic form of electromagnetic
communication, that should never be forgotten. We hope our radio club will inspire young
people to make it their hobby. Also, bring international amateur radio operators to this
beautiful country and host many DX’peditions in the future.