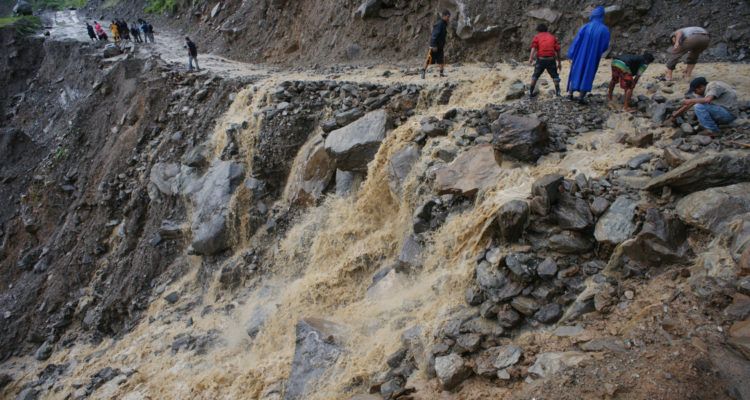 Shikhar Khadka on November 17, 2019 No Comments

Climatic changes are one of the main concerns for trekkers; especially in the context of Nepal temperature vary from place to place. Nepal has five major seasons: Spring, Monsoon, autumn, winter, and summer.

North part holds cool summer and severe winter whereas the South part of Nepal holds hot summers and mild winter. In altitude, an average temperature drop of 6°C occurs for every 1,000 m gain. Similarly during summer temperature exceeds 37° C and higher in Terai(South), while winter is mild from 7°C to 23°C. Summers are temperate while winter temperatures can drop below zero in mountainous regions, hills and valleys. Kathmandu Valley has a moderate climate with an average summer (19°C – 35°C) whereas winter temperature is (0°C – 12°C).

Even though 1,600 mm is the average annual rainfall, but in some places like Pokhara and Mustang 3,345 mm and 300 mm is the average rainfall respectively.  As there is no seasonal restriction on traveling Nepal even in December and January people can enjoy the views.

During the severe winter season (December-January) trekkers can enjoy the snowfall at some low altitudes places. There might be restrictions on some high altitude places such as Thorong La Pass, Ganjala pass, Chola Pass, Renjola Pass, Khongmola pass due to severe cold and heavy snowfall.

Trekking in the time of Monsoon (June- August) makes roads mist and also leeches are mostly found in this period. And also climate at high altitude places are unpredictable which might not be favorable for everyone. But among all the seasons’ spring and autumn is considered to be the best time for exploring Nepal.

During spring (March-May) trekkers can enjoy the snowfall at high altitude places and witness the magnificent view of Rhododendron forest whereas during the month September and October clear blue sky will add beauty to the scenic views.