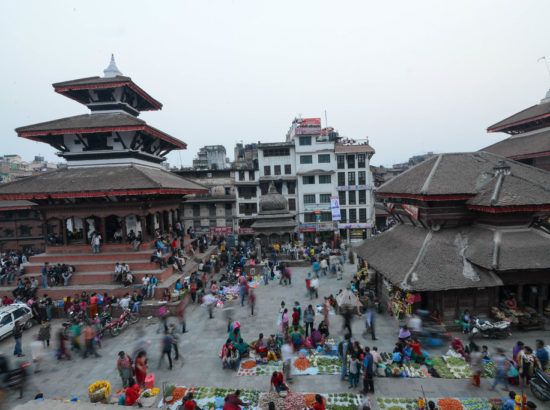 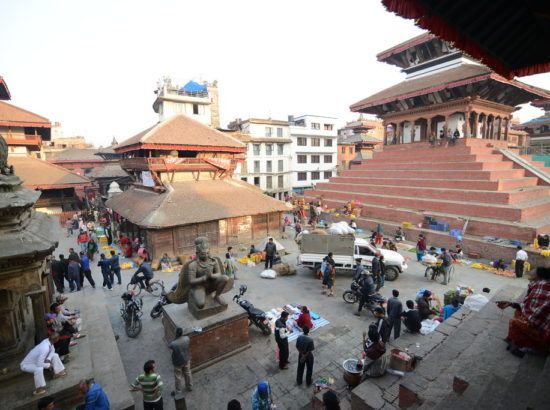 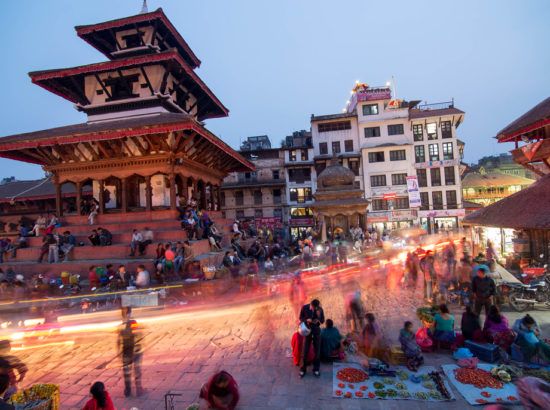 This small five-roofed temple dating from 1680 was completely destroyed in the 2015 earthquake. All that remains is the fine Garuda kneeling before it, added later by King Prithvibendra Malla’s widow soon after his death. The temple was dedicated to Narayan/Vishnu and featured Vaishnavite images on the carved roof struts and window screens with decoratively carved medallions. Dances depicting the 10 incarnations of Vishnu are performed on the platforms to the east of the temple during the Indra Jatra festival.