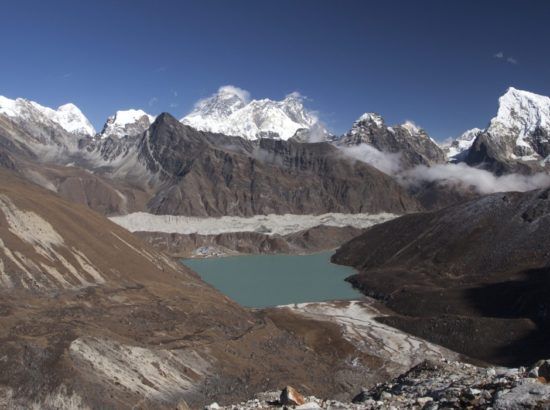 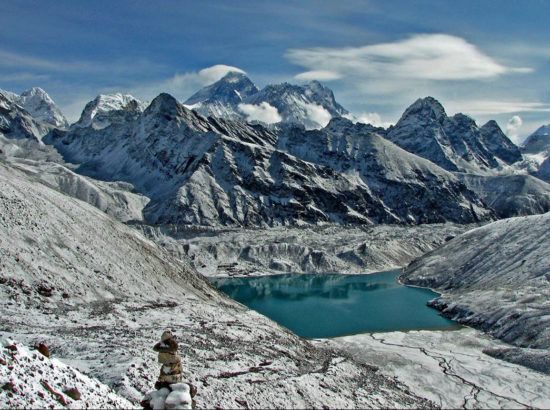 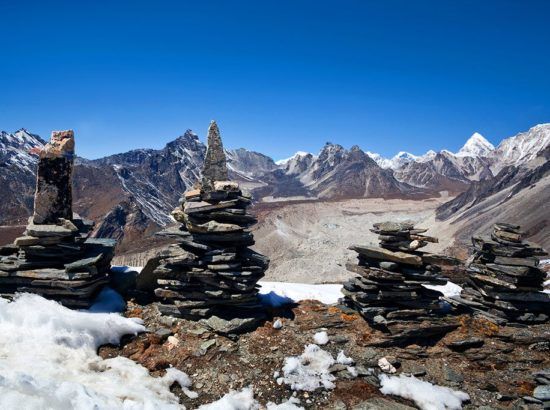 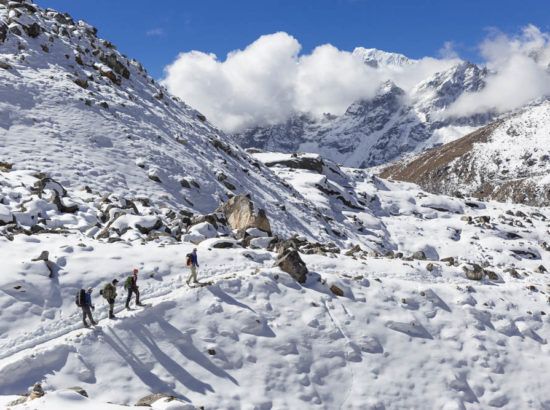 The Three Passes Trek to Everest Base Camp is probably Nepal’s most complete trek as it covers most of the Everest area along its circular path. The trek is more difficult than the traditional Everest Base Camp Trek and its other variants because it includes crossing the three high passes that lend its name to the trek–Renjo La, Cho La and Kongma La–over 5,000 m each.

The trek starts at Lukla’s popular starting point before heading north along Namche Bazaar’s classic trek. There, the road veers west as it separates from the main trek and climbs up the Dudh Koshi River, where you will find the first of the Three Passes – Renjo La (5,370 m). The path descends to the idyllic Gokyo Lakes after reaching the high point and then to the village of Gokyo.

The trek’s inward leg includes reaching the Three Passes finals – Kongma La Pass (5545 m) – to reach the iconic Everest Base Camp Trek route that will take you down to Lukla, where the trek finishes.

Day 2: Fly from Kathmandu to Lukla. Trek to Pkadking

Day 12: Gorak Shep to EBC and back

Day 13: Kala Patthar hike and then onto Lobuche

Day 15: Chukkung Ri and then to Dingboche

Day 19: Fly back from Lukla to Kathmandu