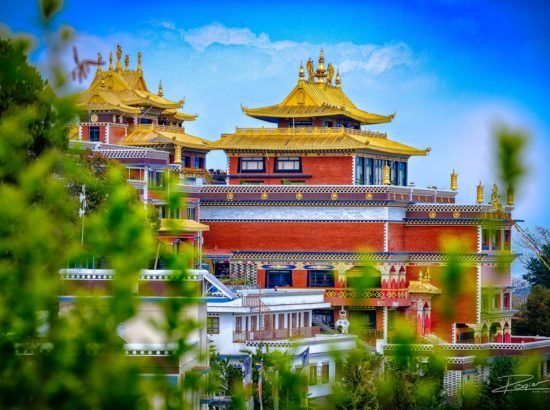 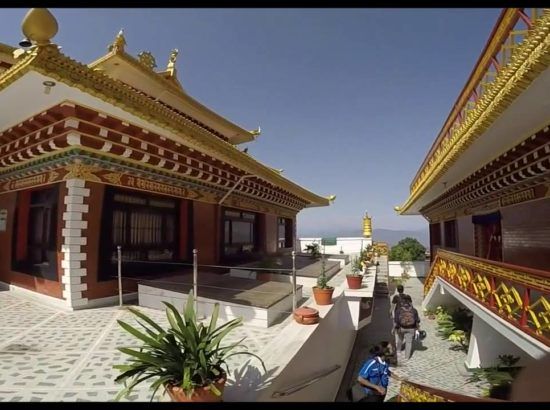 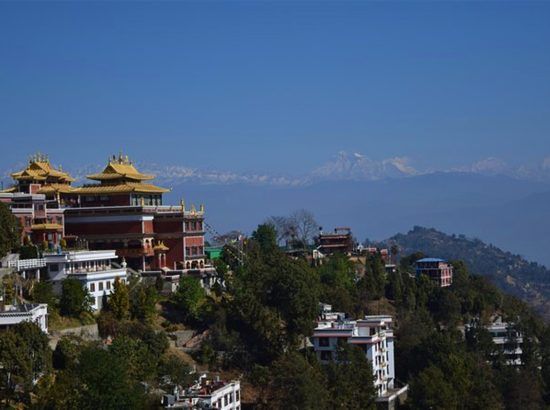 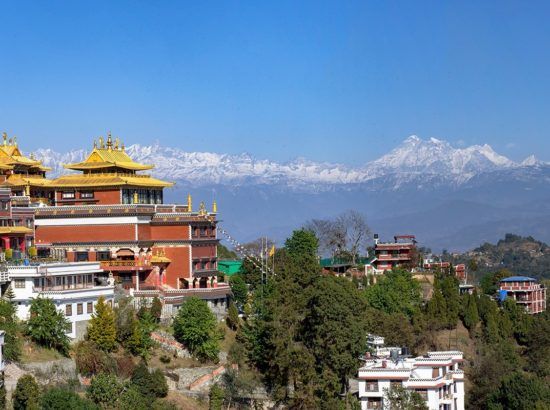 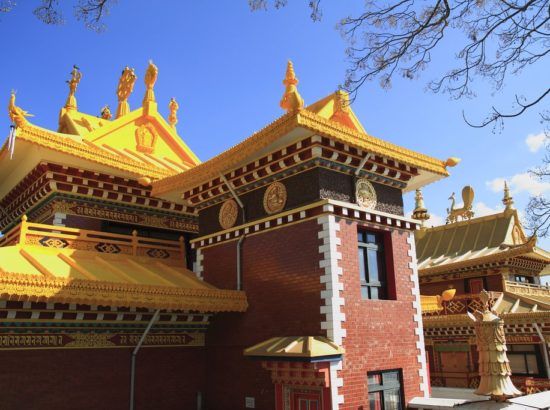 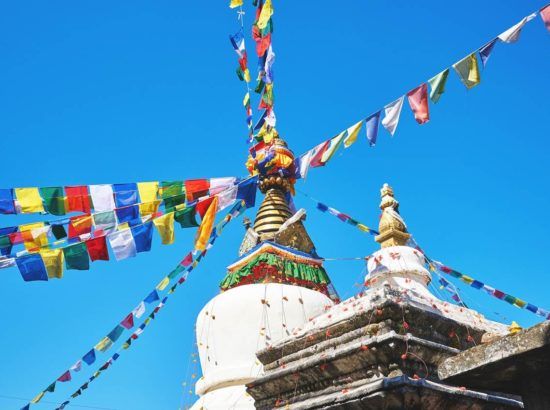 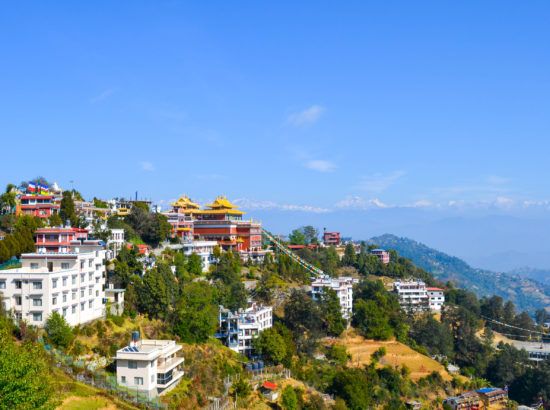 The Thrangu Tashi Yangtse Monastery is a Tibetan Buddhist monastery about 40 km southeast of Nepal’s capital city Kathmandu and 2.3km from Manegaun, a Tamang/Dalit village. It lies at the top of the hill in shyampati vdc. It is one of the most beautiful and a center for tourism. The main festivals and Mela celebrated here are Kartik Purnima and Buddha Jayanti. According to the old legend, 6000 years ago, prince, at the top of the hill, looking at the jungle, discover a tigress lying near the rock. Very quickly, he realizes that the tigress was about to die due to hunger with her five little babies still sucking milk from her, survivals of the babies depend on their mother. Mahasatwo, decides to give his life to the tigress in a bust of love and compassion. So Prince Mahasatwo cuts his body to present his warm blood in the mouth of the mother tiger, and the taste of blood gives the appetite to the starving family. As the tigress accepts the sacrifice from the prince she leaves only the bones. The bones of the prince were brought back in the village and buried in the tomb which is the actual stupa of Namo Buddha.