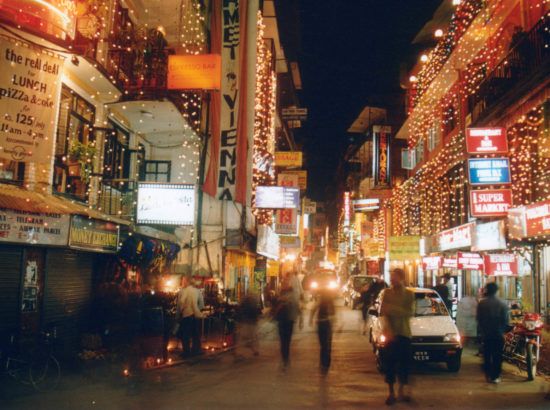 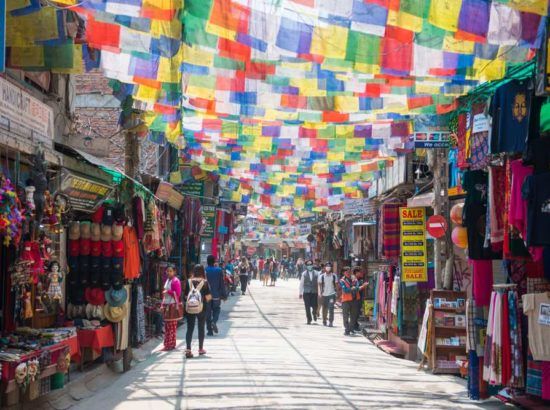 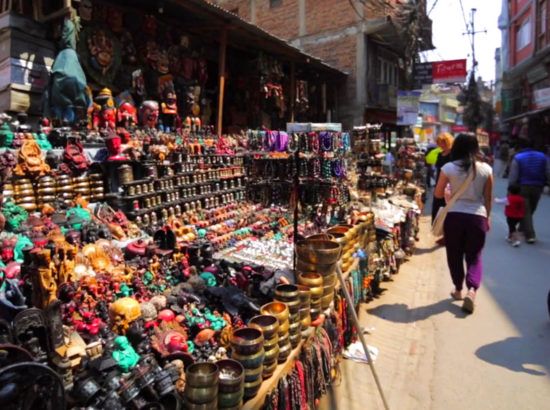 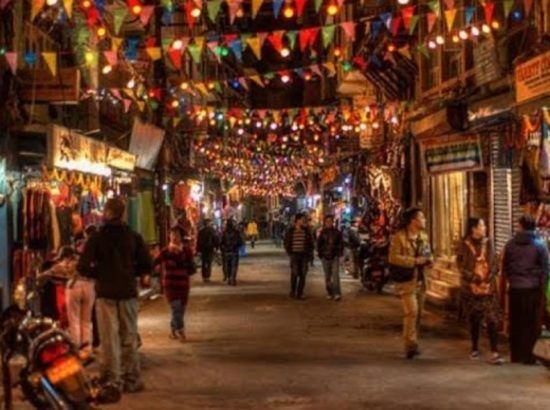 Thamel  is a commercial neighbourhood located in Kathmandu, the capital of Nepal. Thamel has been the centre of the tourist industry in Kathmandu for over four decades, starting from the hippie days when many artists came to Nepal and spent weeks in Thamel. It is the hottest-spot for tourism inside the Kathmandu valley.

There are many restaurants in Thamel that serve traditional and continental cuisine, although prices are significantly higher than in non-tourist areas. Thamel also acts as the pre-base camp for mountaineers. It boasts a wide range of mountaineering gear shops, foreign money exchange booths, mobile phone shops, along with the numerous travel agents and guest houses. Thamel probably is the best place to enjoy nightlife when you are in Kathmandu. Thamel is home to a wide range of the Nepalese population, and serves both entertainment and employment purposes for the locals around the area.

On Wednesday, 28 September 2011, Thamel was declared a full Wi-Fi zone. It is the first Wi-Fi zone of Nepal.