Simrik Airlines Pvt. Ltd. is an airline based in Kathmandu, Nepal operating domestic scheduled flights from its base at Tribhuvan International Airport.It is the partner company of Simrik Air, a Nepalese helicopter airline currently operating four helicopters.

The airline was founded in 2009 as a helicopter charter company. The company still operates as such under the name Simrik Air, whereas the fixed-wing operations are promoted under the brand Simrik Airlines. In 2013, Simrik Airlines acquired the ill-fated Guna Airlines for NRs 350 million, after latter ceased trading due to financial difficulties.Simrik Airlines used the Brand of Guna for some more time before renaming and repainting the two Beechcraft 1900 aircraft, that were previously operated by Guna Air. On 23 October 2013, Simrik Airlines signed a contract with Agni Air leasing out five aircraft of Agni Air, two BAe Jetstream 41 and three Dornier Do 228, after Agni had been grounded since mid-November 2012 crippled by massive debts.After selling the two Dornier 228s in mid-2017, the airline is left with only two functioning planes, as the Jetstream planes of former Agni Air are still grounded. 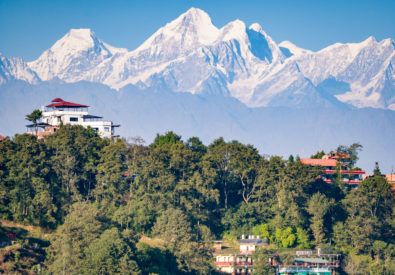