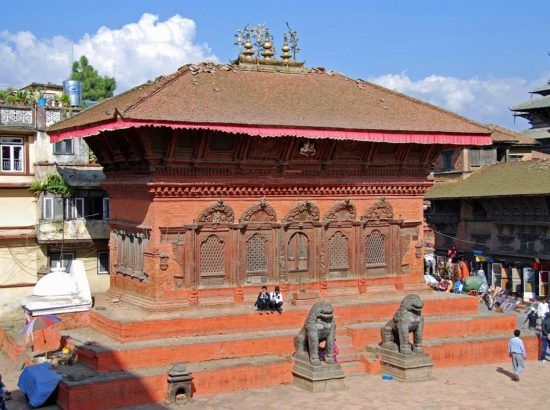 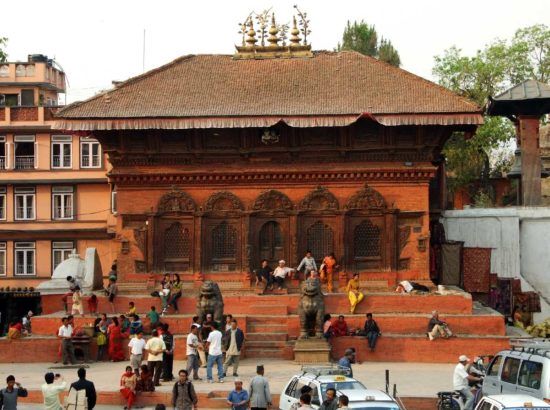 Shiva-Parvati Temple is situated in the outer quadrangle of the Durbar square in Kathmandu, along with Kasthamandap and Kumari Ghar. This is one of the many Hindu temples in Kathmandu dedicated to Shiva and Parvati. Shiva, the god of destruction and rejuvenation, is a major Hindu deity. Parvati, the second consort of Shiva, is considered to be the supreme Goddess. When this couple is depicted together they both have benevolent forms.

The grand building has been built over a raised three-level platform which resembles one of the ancient performance stages at Durbar Square. One can climb up a small flight of stairs at the entrance where two ancient stone statues of lions are installed and explore the shrine as they circumambulate. It is believed that the lions guard the temple. As one explores further, they would notice how beautiful the intricate carvings on the wood are. There are different forms of Lord Shiva, Goddess Parvati and other captivating traditional designs on the structure too. This area of Kathmandu is usually traversed on foot and shouldn’t be missed when in Durbar Square.