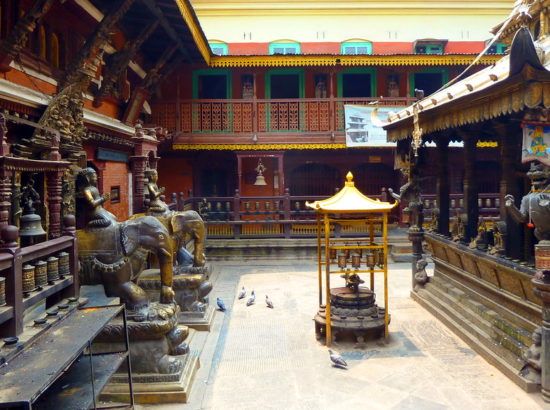 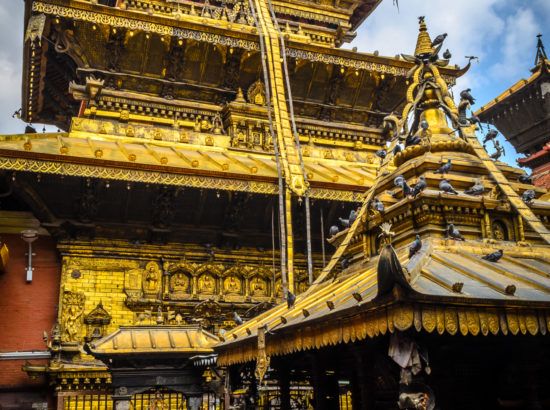 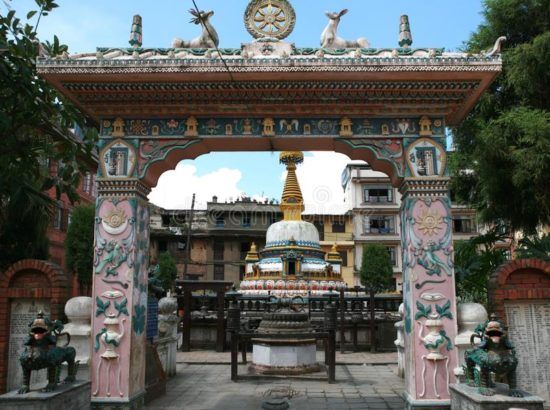 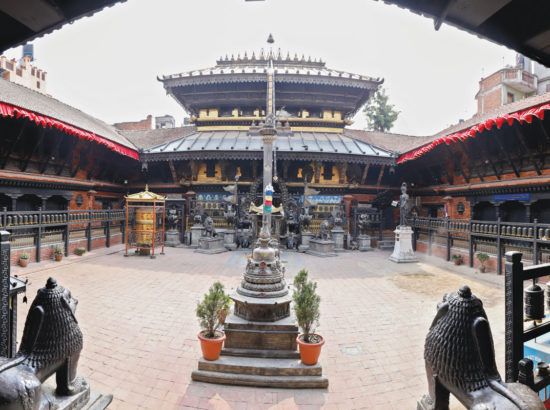 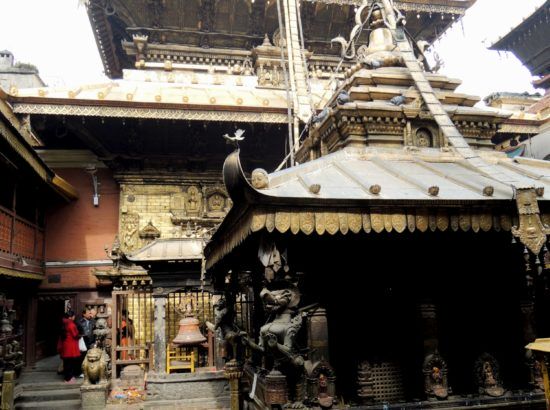 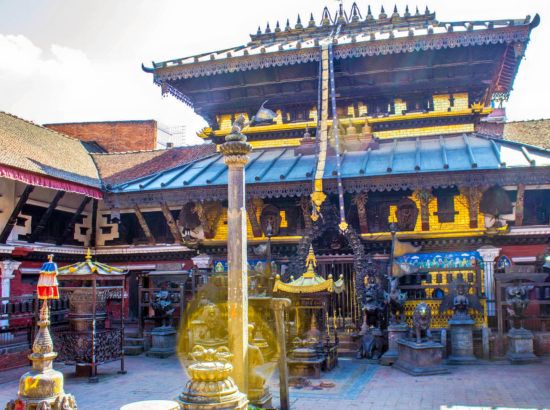 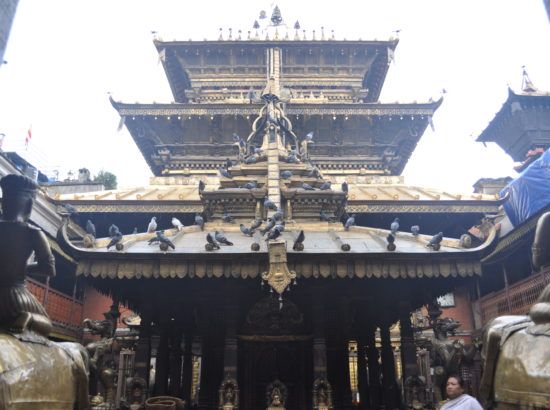 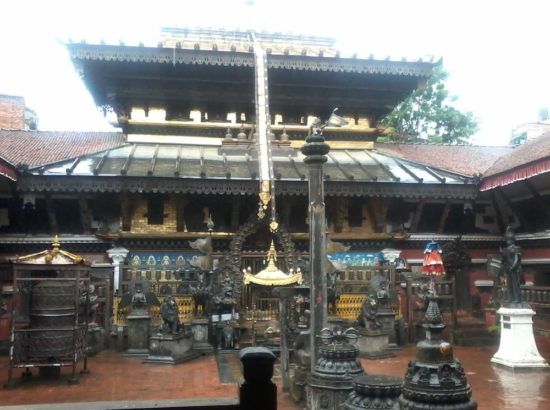 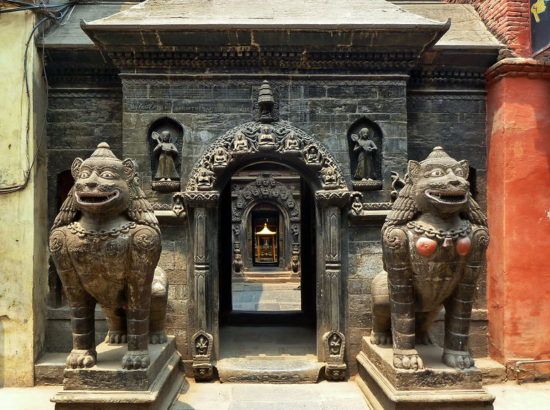 Located south of Patan Durbar Square, the Rudra Varna Mahavihar (Uku Bahal) Newar Buddhist Monastery is known locally as Rudra Varna Mahavihar. One of several popular attractions of culture worth stopping by to see in Patan city. The area around Rudra Varna Mahavihar contains 3 courtyards and each has interesting and unique features. The highlight is, of course, the main Uku Bahal central courtyard which was started by King Shivadev (590-604) as one of five monasteries.

The outer courtyard is marked by an impressive gate with two flag-bearing lion statues on top that wouldn’t look out of place in London. These were a later addition in 1680. The courtyard at the back of Rudra Varna Mahavihar is relatively modern and actually belongs to the residents surrounding it. None the less it’s worth taking a walk around it and possibly admitting some of the painted sculptures and stupa there.