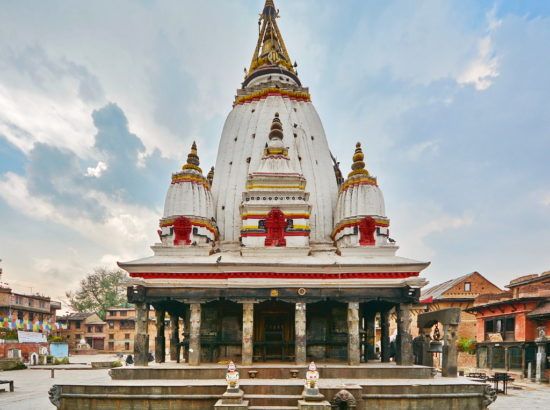 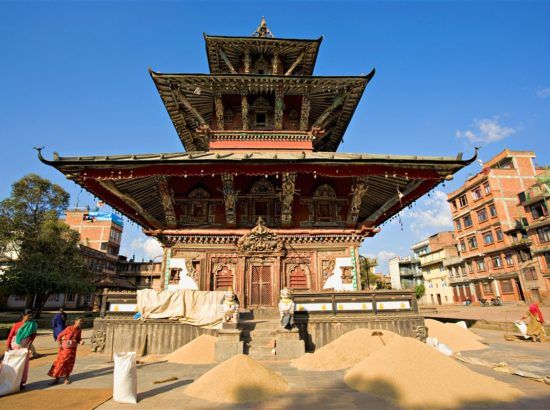 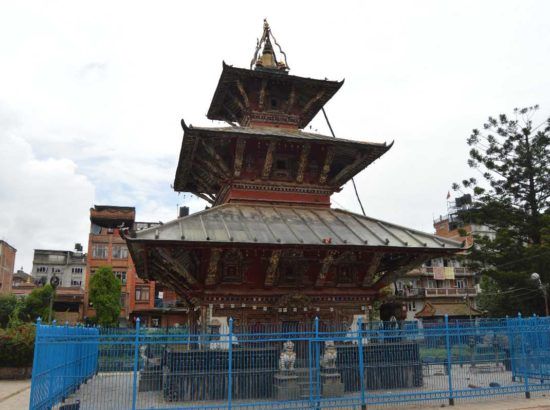 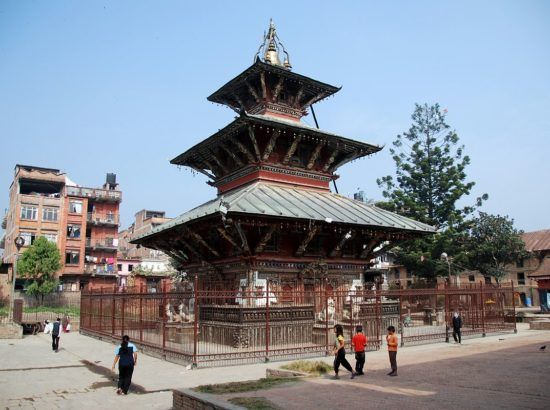 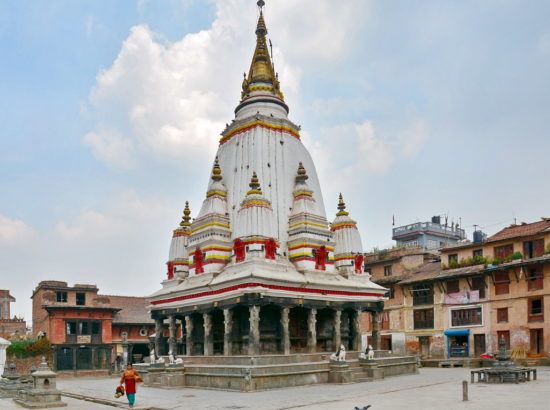 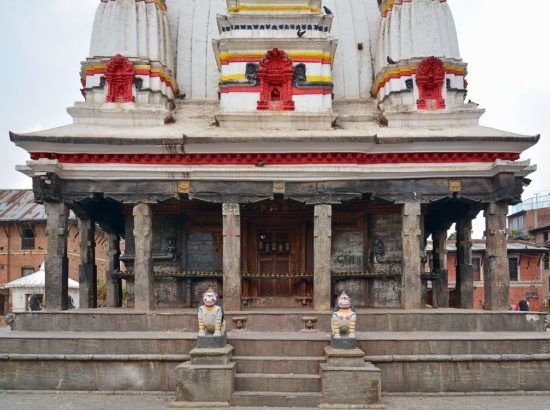 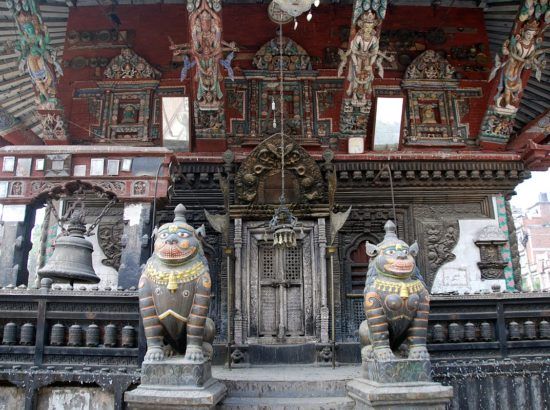 Almost directly across the road from the Minnath Temple, down an alley, a white-columned gateway leads to the wide, open square containing the revered Rato Machhendranath Temple. Dedicated to the god of rain and plenty, the temple, like so many in Nepal, blurs the line between Buddhism and Hinduism. Buddhists regard Rato (Red) Machhendranath as an incarnation of Avalokiteshvara, while Hindus see him as an incarnation of Shiva.

Set inside a protective metal fence, the towering three-story temple dates from 1673, but there has been some kind of temple on this site since at least 1408. The temple’s four ornate doorways are guarded by stone snow lions, and at ground level on the four corners of the temple plinth are yeti-like demons known as kyah. Mounted on free standing pillars at the front of the temple is a curious collection of metal animals in protective cages, including a peacock, Garuda, horse, buffalo, lion, elephant, fish and snake. Look up to see the richly painted roof struts of the temple, which show Avalokiteshvara standing above figures being tortured in hell.