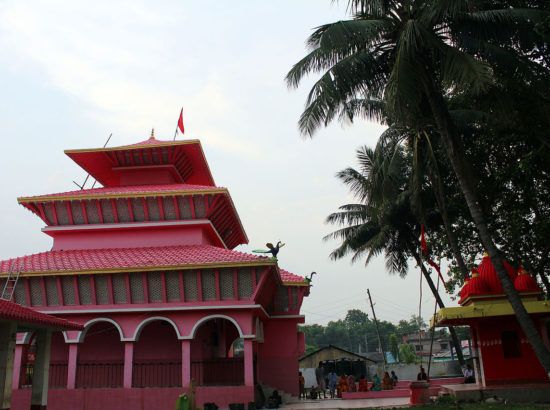 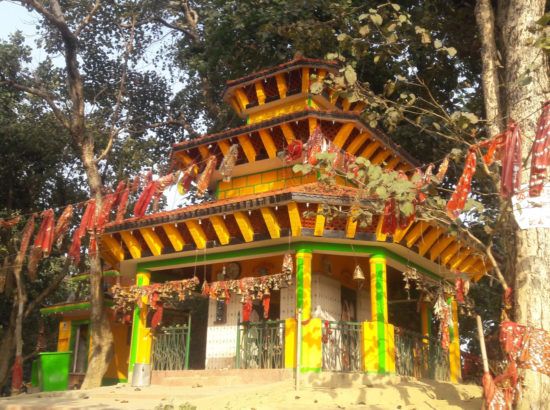 Rajdevi Temple  is a famous Hindu temple and Shakti Peethas in Eastern Nepal. The primary deity is Rajdevi. It is situated in the Rajdevi Tole, Rajbiraj, Saptari. This temple is a main attraction for Nepali and Indian pilgrims. People are likely to come here in Bada Dashain. Thousands of goats are sacrificed here during Dashain.

The temple holds great historical, cultural and religious significance in the local and neighbouring areas. The statue of the deity Rajdevi was found 1000 years ago and has been kept in the same place. The present structure of the temple was reconstructed in 90’s. This temple is known to be the family temple of brother of King Janak, King Kushadhwaja. The temple was earlier restore by sens of makwanpur in around 14th century.Every year, thousands of pilgrims from Nepal, India and other countries visit Rajdevi Temple to worship the Bhagawati. During the festivals of Dashain and Tihar, there is presence of even more worshipers.