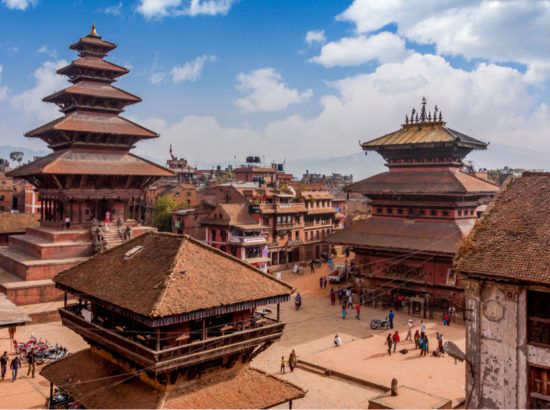 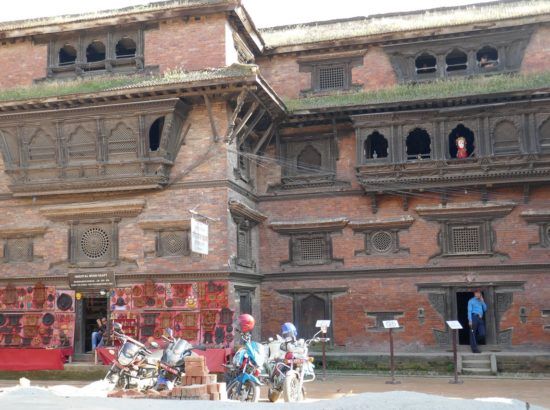 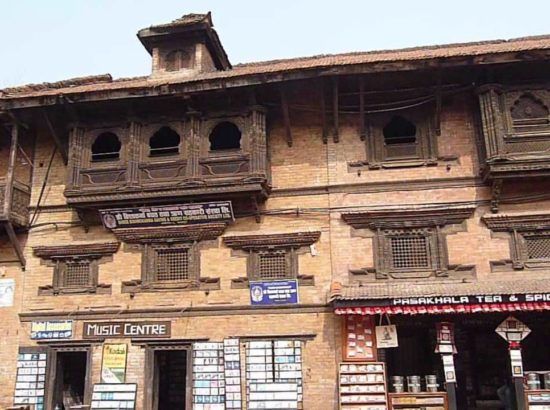 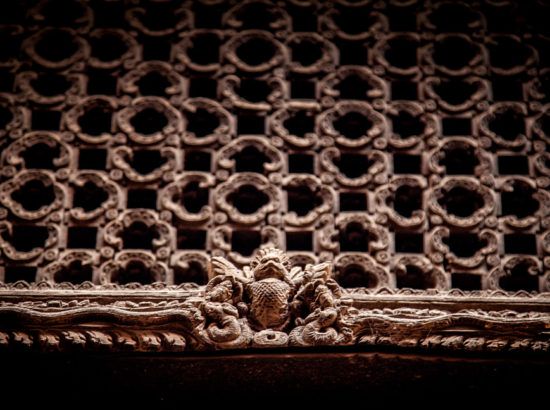 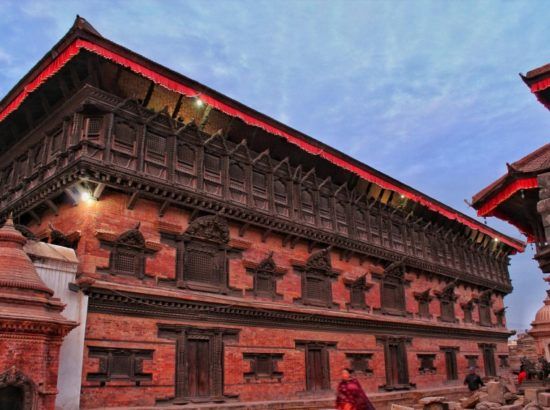 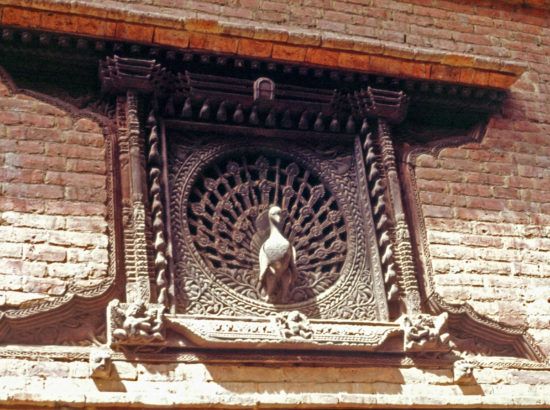 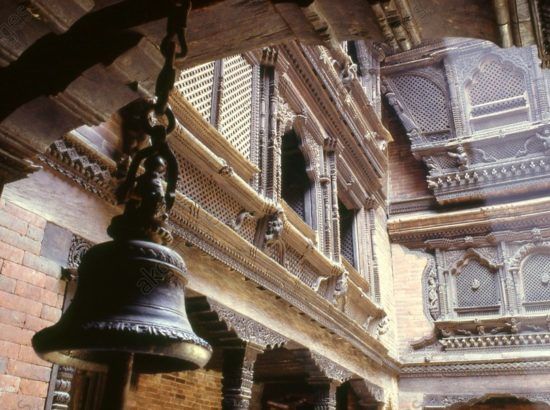 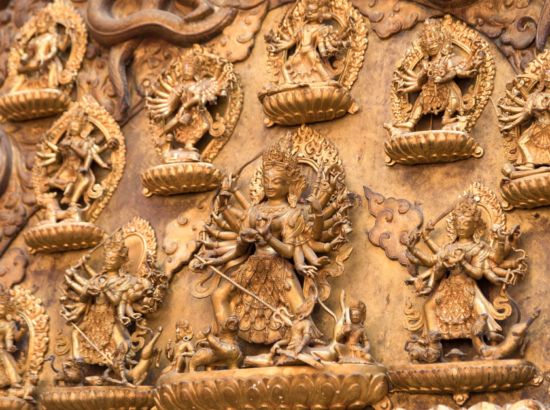 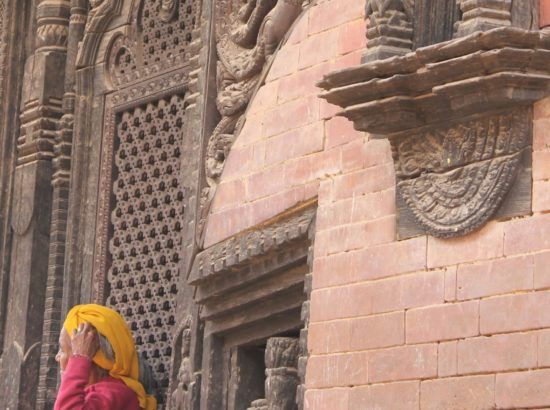 Tachupal Tole is flanked by a series of ornate brick-and-timber buildings that were originally used as math (Hindu priests’ houses). The best known is the Pujari Math, which now serves as the Woodcarving Museum. The building was damaged in the 2015 earthquake, but its most famous feature – the superb 15th-century Peacock Window, widely regarded as the finest carved window in the Kathmandu Valley – is intact.

The building was first constructed in the 15th century during the reign of King Yaksha Malla but rebuilt in 1763. German experts renovated the building in 1979 as a wedding gift for the then King Birendra. Many surrounding shops sell miniature wooden copies of the Peacock Window as souvenirs.