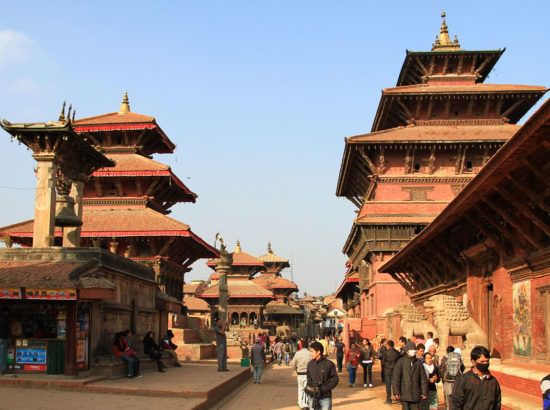 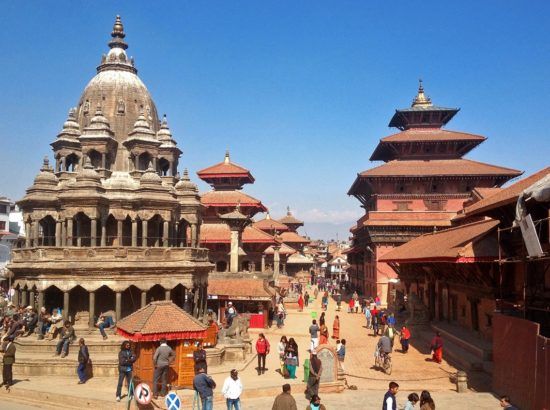 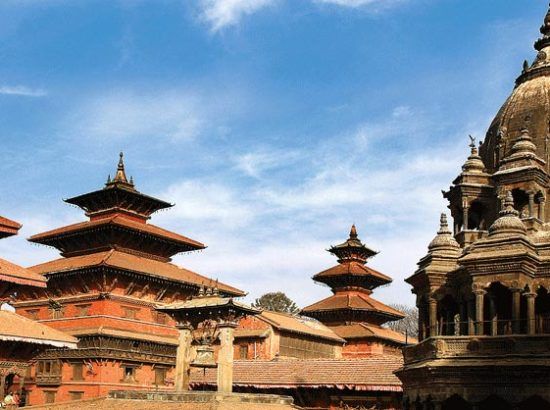 Patan, the oldest of all the three cities of Kathmandu valley. It is the best known for its artistic heritage. It is probably one of the oldest Buddhist City in the world. The city is situated on a plateau across Bagmati River. Another name of Patan, is Lalitpur. The city is surrounded by 4Stupas as 4 corners of Patan, one at each corner of its cardinal points. These stupas are said to have been built by the famous Emperor Ashoka. This is one of the most elegant architectural treasures of which Patan is very proud. About the beauty of Patan, a western lady writer has to say this – “Patan means eternity itself and Patan Durbar Square is the spectacular sight of Asia indeed”. Really it is full of Hindu temples and Buddhist monuments with bronze gateways, guardian deities and wonderful carvings and many visitors come here to see the these monuments. Patan Durbar square is the famous visiting place. The square is full of ancient places, temples, and shrines noted for their exquisite carvings.

The former royal palace complex is the center of Patan’s religious and social life and houses a museum containing an array of bronze statues and religious objects. There are three main courtyards or chowks, so named central Mul Chowk, Sundari Chowk and Keshav Narayan Chowk in the square. The Sundari Chowk holds in its center a masterpiece of stone architecture, the Royal bath called Tushahity.

This museum inside the durbar square specializes in bronze statues and religious objects. It is considered as one of the best museums in Asia.

Located inside kwabadehul, this three- story golden pagoda of Lokeshwar (lord Buddha) was built in the twelfth century by king Bhaskar Verma. It is famous as the golden temple. Inside the upper story of the pagoda, are the golden images of lord Buddha and a large prayer wheel.

This was specially built for King Siddhi Narasingha malla. His devotion to Lord Krishna as well as the Buddhist God of compassion Karunamaya Lokeshwar is a famous episode in Nepalese history of religion.

This temple of Buddha built interestingly in the Hindu Shikara style- has five golden pinnacles. They are all in a stupa shape very symbolic of five basic elements.

This golden temple of Buddha in Patan is the oldest richest and most famous monument indeed. It was built 12th century is known for its beautiful gold works shining very graciously.

The Famous Temple Which was built in the 17th century, the temple of Lord Krishna holds a commanding position in the palace complex of Patan. It is the only temple in Nepal to have 21 shrines and is completely made of stone. Most of the important scenes from the ancient Hindu epics the Ramayana and the Mahabharata, have been engraved on its friezes.