Pokhara is considered as one of the world’s best destination for paragliding. Gliding above the city of shimmering lakes and verdant valleys while watching by the beautiful mountains can be a lifetime experience for anyone. Whether you are looking for guided tandem flights, solo flight or certified paragliding courses, Pokhara is the perfect destination. Pokhara is at an altitude of 1400 m and the nearby Himalayas scales up to 8091 m Annapurna I, this generates natural rising thermal which provides an extraordinary experience of Paragliding in Pokhara. For those who want to make paragliding a life long hobby or profession, they can get an international paragliding license in Pokhara. Parachutes and guides can be hired in Pokhara.

How much does it cost for paragliding in Pokhara

There are 19 companies in Pokhara who offer paragliding services. All of them offer the same price which includes transportation and insurance.

In tandem paragliding, you and the pilot will glide on a single parachute. You will seat in a separate harness in front of the pilot. This type of paragliding requires no prior experience. You can talk to the pilot and take pictures of the astounding mountain views, beautiful lakes and the landscapes of Pokhara Valley. If you desire your pilot will make a Go-Pro video and images of your flight. If you want you can also experience the paragliding acrobats over the Fewa Lake.

Paragliding is a safe adventure activity compared to mountaineering or rafting. There are almost 250 flights in a day during the peak season of November and December. All the pilots are certified by FAI, APPI, and BHPA. The flight will have reserved parachute in case of an emergency. The Few Lake also offers safety in case of an emergency landing. The highest risk is while taking off and landing if there is a sudden change in the weather. All the paragliding pilots are required to have at least 2 years of experience to conduct commercial flights. All the companies operating paragliding flight provides insurance coverage.

Most of the paragliding flight takes off from Sarangkot 1600 m. Sarangkot is 30 minutes jeep drive from Pokhara and offers magnificent views of Mount Annapurna massif, Machapuchere, Dhaulagiri and beautiful lakes of verdant Pokhara Valley. You will glide over Sarangkot for a while and head over to the Fewa Lake and perform some spiraling acrobatics. After then you will land safely near Fewa Lake.

There are three paragliding sessions in a day, 10:30 am, 12 pm and 2 pm. The session at 10:30 offers a calm gliding. The other two sessions offer thrilling gliding with height gains and spiraling acrobats.

The paragliding sessions are conducted throughout the year. The best time for paragliding in Pokhara is during October, November, and December. These months offer the best mountain views while gliding and go up high up to 3000 m.

If you are interested in doing this tour, you should at least book one day ahead. Booking fee typically ranges from USD 10 to 20

Training as a Paragliding Pilot

If you want to learn paragliding and get an international license for paragliding then you can join a 15 days course in Pokhara. The training costs USD 2000 which will include training, food, accommodation, transportation, and certification. 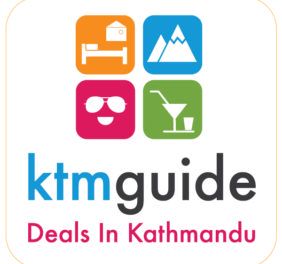