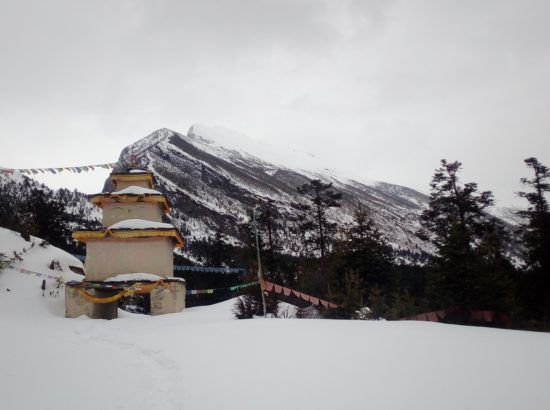 Manaslu Circuit Side Trips for 2022!

Manaslu Circuit Trek can do a minimum of 13 days to more than 21 days extend as a side trek. For Trekkers who are curious to investigate or study about geography and culture of Manaslu, there are several hidden treasures in the area, where just a few trekkers have visited yet except if you visit this time. Some people are worried about the road construction at the begging of the Manaslu Circuit trail but there are many wonderful places where you can do side trips. Among them Serang Gumba is the most important, Hidden, and unknown thing about Buddhism in Nepal. Guru Padmasambhava who was crew sells in taking Buddhism into Tibet in the 8th century, prophesies there will be seven hidden valleys in the latter century where mediators from Tibet and Nepal go and meditate. Out of the Seven five are in Nepal and two are in India. The words Beyul means sacred land/hidden land and Kimolong means happy valley or valley of peace. This sacred land boarded Tibet in the North of the Himalayas and beyond the sources of Bhudhigandaki in the Gorkha Districts of Nepal.

This valley is located in Shringi Himal Base Camp. Rest in between the Ganesh Himal torch in the east and the Manaslu Himal torch in the west. This sacred place home Serang Gumba one of the most famous and important monasteries of the region. Along with several caves, the meditation Serang Monastery accommodates 60 meditating monks there. And there are doses, other Buddies; practicing monks meditate around this place. It believes in the 11th century Mahasiddha Milarepa had visited this place. There are two important caves Milarepa in this area, where pilgrims go to meditate even today. This place was a revival by Tetol Gaudem Chen. There are four easily accessible routes to the hidden land from four directions to reach the main entry point. East from Tsum Valley to Kimolong Powerpoint (pith/Power spot), west from Nubri Valley to Kimolong Power Place, south from Bihi village to Kimolong Power place, and North from Tibet into Komolomg Power place. Darbang Joong Ki Wanchu also known as Ngari terton, Ngari called across Nubri what is called Adharasaya Khola in Nepali open the Tibetan route in the 17th century. Tibetan/ Chinese tourists are attracted by this holy place. There is a beautiful village at an elevation of 2397 meters just opposite of Ghap, which is called Prok Village. It is worth to spend two nights at Prok, to explore Kalchhuman Tal (Kal Tal) and Kalchhuman Gumba. But it is mandatory to hire a local guide from the village; your day trips effort will be a way to generate local income.

Likewise, Sho village is another best place to spend more than one night for a day hike to Hining Gumba and up to Himalchuli Base Camp (4020m). As there are not any human settlements, while day hike you need to bring some pack lunch, energy bars, and sufficient drinking water and warm clothes. Nepal Mother House would like to give you a unique opportunity than other trekkers, we always tried to find you less frequented off the beaten trail. The mountain scenery is astonishing during Himalchuli Base Camp side trips.

Similarly, to make your trips different than others, it is ideal to visit Pungyen Gumba from Shyala, it is situated at about 3,870 meters elevation just a lap of beautiful Himalaya. While the walk to the Pungyen Gumba the trail goes through the huge pasture land and mountain scenery. Often you have sight of Marmot hide and seek in the whole at pasture land. You have an unforgettable experience with the hearing of yaks, Himalayan goats making their own world. It takes about 4 to 5 hours for a round trip from Shyala. Most of the trekkers make camp at Samagoun or Lho, so it is best to spend the night at Shyala itself to avoid the crowded.

Normally, most of the trekkers stay two nights at Sama Gaun for the acclimatized proposal before heading Larke La Pass, but there are several side trips at Samagaun and it is worth spending even 3 nights at Sama. You may day hike to Mt. Manaslu Base Camp (4,400m) for the icefall view and Glacier. While visiting the MBC you will explore Birendra Lake, its tranquility makes your soul peaceful and adds more energy. There are several expedition groups during mid of September to October; this is the perfect time to climb Mt. Manaslu, Hence most of the other mountains expedition operates during spring. Look around the village at Samagaun won’t be enough even one full day. The people’s lifestyle here is similar to ancient Tibet which still exists here. Monetary, Manewall, Chorten are full of curiosity.

There are other side trips from Samdo, during your Manaslu Circuit Trek. It takes 4 to 5 hours for a round trip to Rui La/Lajyang Bhanjyang (4,998m). Rui La is the last point of Nepal’s land. As there is not any settlement beyond the Samdo village you need to take some pack lunch, enough drinking water, and warm clothes for these side trips. When heading farther and higher the valley becomes wider and more beautiful. This is one of the best side trips at Manaslu, where it is natural tranquility with the sound of Himalayan birds, a playful Marmot gang, grazing Yaks on huge pastureland, and a herd of Himalayan Goats. As you left the road connectivity from Arughat and Soto for many days, you wish only for mountains scenery and high Himalayan atmosphere but when you get in Rui La, you might be surprised the road from Tibet built till Pass. There are several road signs for a Tibetan village. Rui La is one of the ancient commercial borders between Nepal and Tibet. The scenery from here is incredible; even you have sight of some Tibetan village from here. The atmosphere here seems to be another planate. But some time Chinese shoulder portals around the border, then you are not permitted to visit the border. Around the Rui La, you can see countless fossils in different images. The Hindus believe that fossils are a real image of Lord Vishnu. The fossils (Shaligram) represent Tyattis Koti (thirty-three cores/330 million) different deities of Hindus. Hence; one core equals 10 million. Anyway, your side trips to Rui La could be a lifetime memory.

Manaslu round with side trek is similar as Larke pass but add more some side trips in the Himalaya. Most of the tea houses have internet service (Wi-Fi), which you can connect to your device after paid some amount hourly basic. We at Nepal Mother House are glad to organize your trips in Manaslu in different ways than others by expert local Guides and Porters. The best time to travel to Manaslu is mid-September to mid-November in autumn and mid of March to mid of May in spring, but we are glad to organize your trips accordingly to your schedule and holiday.

You have an enjoyable trip different than other trekkers.

Off the beaten trail in the lap of Himalaya & its treasure.