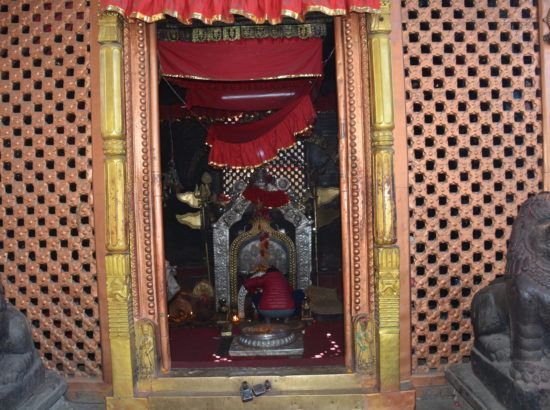 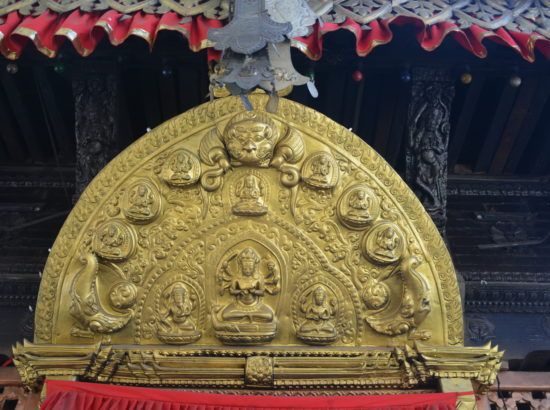 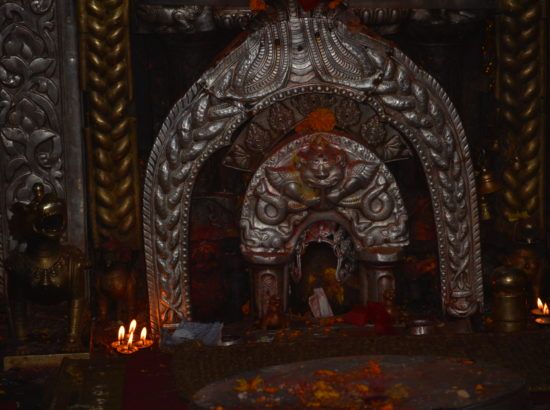 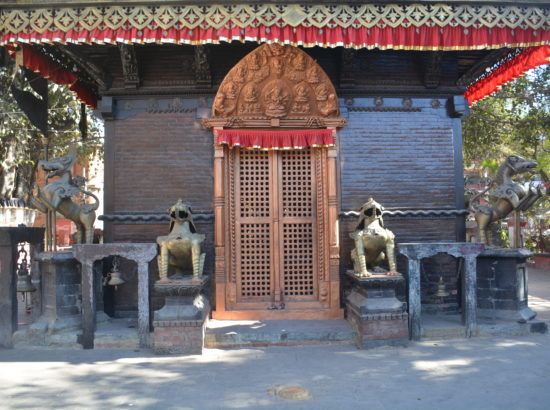 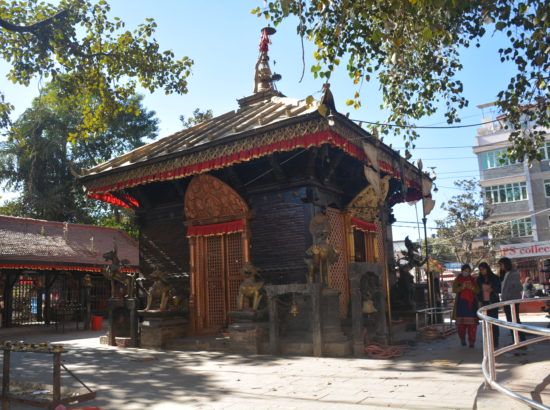 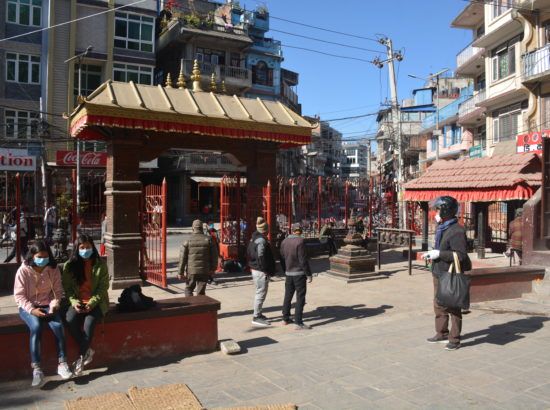 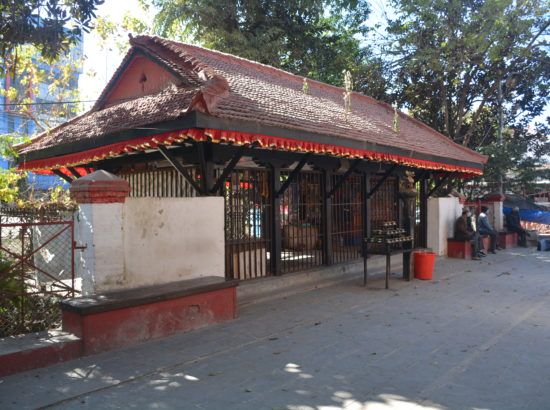 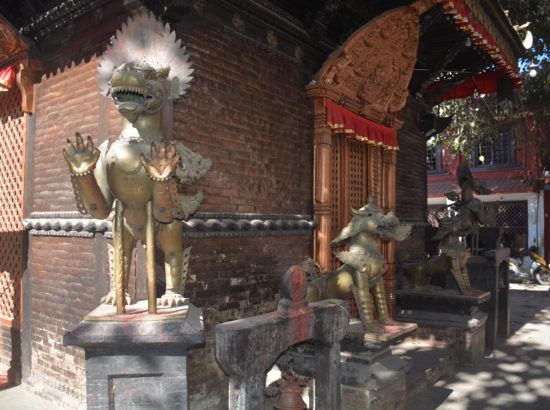 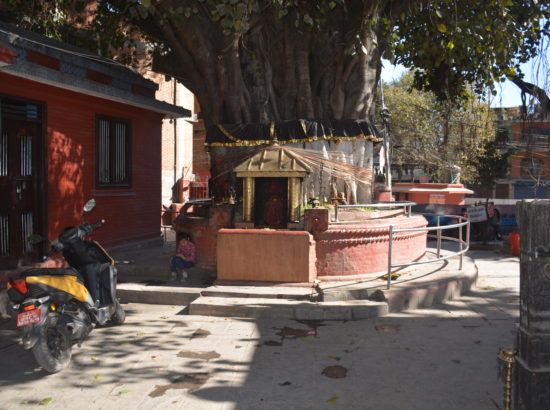 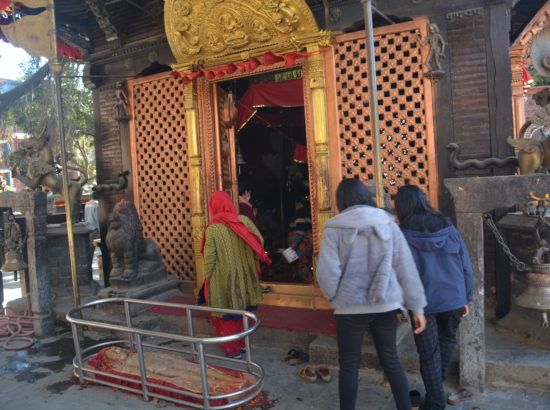 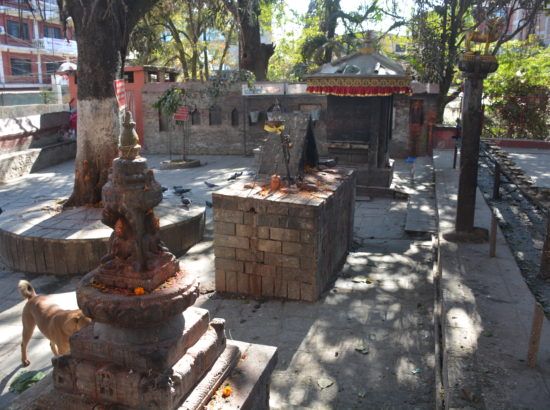 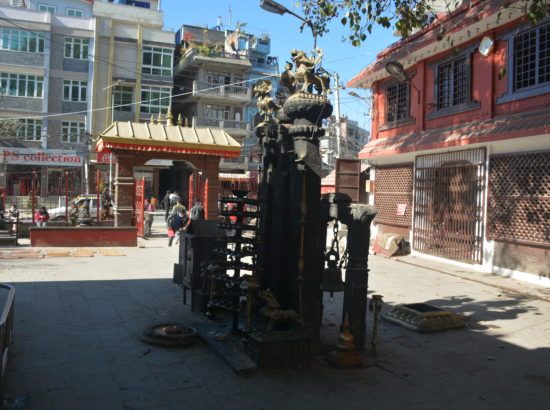 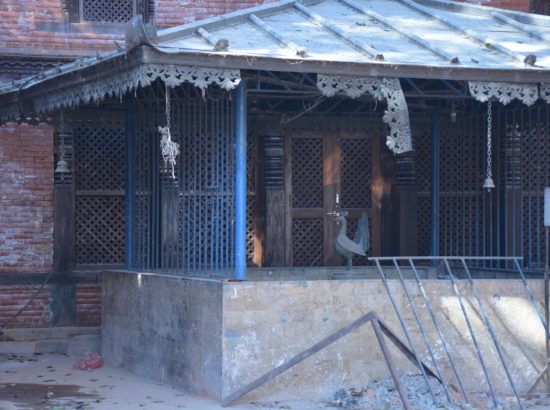 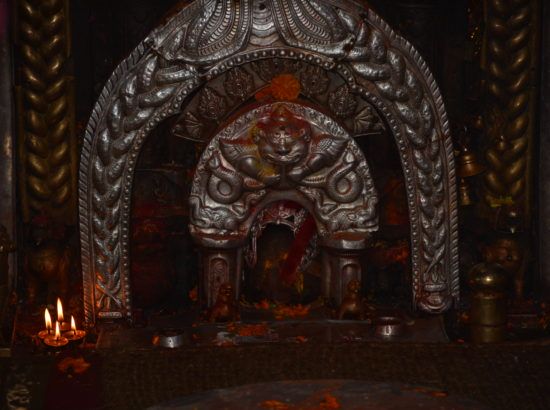 Maitidevi Temple, the parental home of all goddesses (Devi) is believed to be a very powerful temple located by the side of the road in Maitidevi, Gyaneshwor. The delicate woodwork and metal craft structure of the Maitidevi temple is considered different in comparison to the pagoda-style structure like most of the Hindu temples in Kathmandu valley. According to the legend, the temple was formed after a divine peacock appeared and turned everything it touched into gold. The Mayur Kunda, the brahmana can also be found by the side of the temple. The two stones lions guarding the entrance of the temple, the huge peepal tree with its expanding branches arching over the temple is considered as a divine architecture that shelters the temple from heat and rain. A crematorium (Shamshan Ghat) lies a few feet away on the right-hand side of the temple which is considered as the most integral part of the temple by the priest of the Maitidevi Temple. According to the priest, the prayer in its original form requires them to burn the human skulls but since nowadays it is considered as monstrously cruel and crime so they make a human face on a large dollop of ghee and burn it instead. It is said that offering Jal (water) to Maitidevi before darshan of the popular temple in Gorkha District Manakamana Devi ensures the fulfillment of the pilgrim’s wish. The present structure of the temple was built at the beginning of the 20th Century by Rana Prime Minister Chandra Shumsher while the earlier structure was built by Anshu Verma, a warrior under Lichhavi King Shiva Dev.

This place is very peaceful and people over here are very humble. The environment around this temple is very refreshing. This area looks best during Dashain and Tihar. The lights and the ambience is a must not miss. But you might be disappointing for there is nothing else nearby as equally appealing as this temple. Maitidevi temple is very well maintained and also known as the mother of all the godessess. Maitidevi temple is one of the famous Hindu temple in the heart of Kathmandu city having great historical and religious importance.

Your reaction about this review
Like
Love
Wow
2
Angry

A temple with powerful spiritual energy.

Maitidevi temple has a very powerful healing energy that filled my spirit with positive vibes. You can feel this divine energy just stepping into the temple premise. The best time to visit is during the morning and after 4 in the evening. Interested can request to participate in the Vajan programs and listen to glorious songs of Gods and Goddesses. The Mayur Kunda lies just behind the People tree which was under renovation. Maitidevi temple has really eye catching elegant metal and wood carvings. If you are in Kathmandu looking for some spiritual experience, visit Maitidevi temple.

Your reaction about this review
Like
Love
Wow
Angry