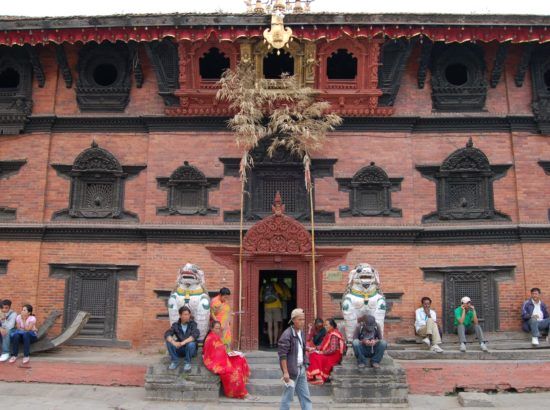 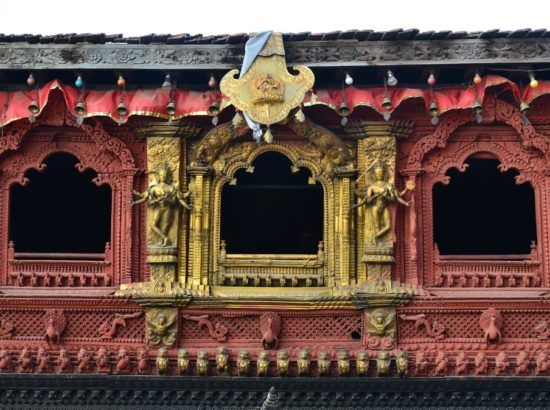 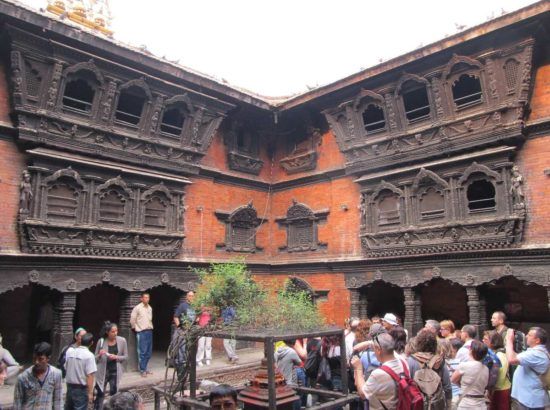 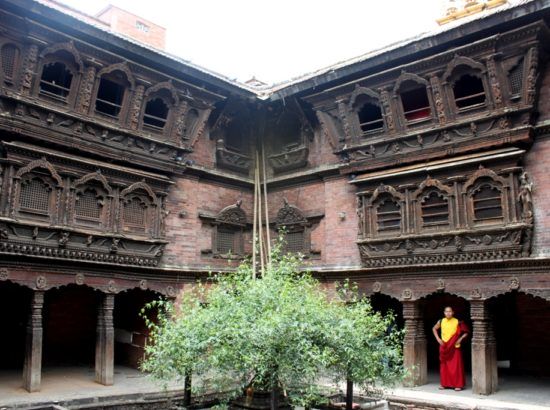 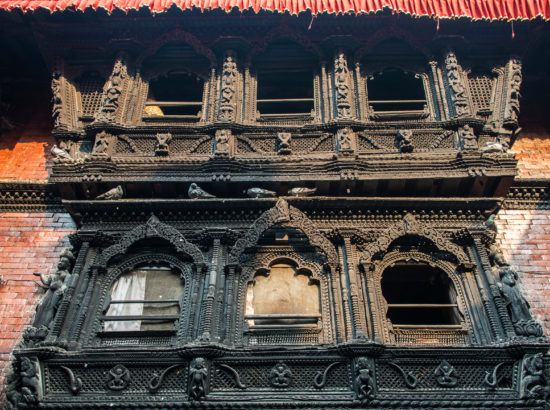 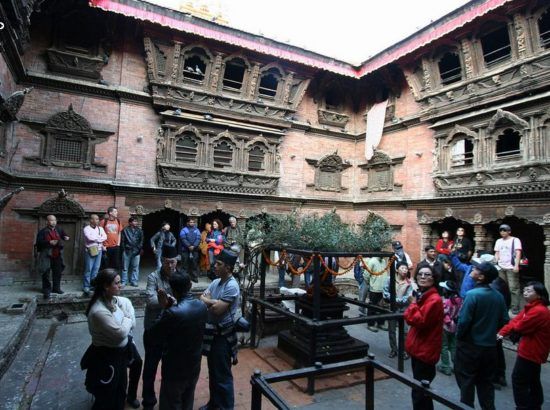 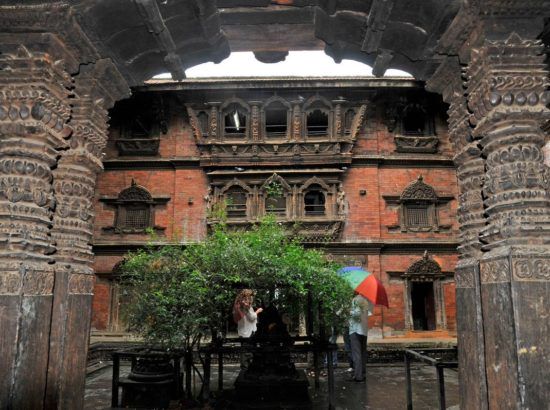 At the junction of Durbar and Basantapur squares, this red-brick, three-story building is home to the Kumari, the girl who is selected to be the town’s living goddess and a living symbol of Devi – the Hindu concept of female spiritual energy. Inside the building is Kumari Chowk, a three-story courtyard. It is enclosed by magnificently carved wooden balconies and windows, making it quite possibly the most beautiful courtyard in Nepal.

The Kumari generally shows her face between 9 am and 11 am. Photographing the goddess is forbidden, but you are quite free to photograph the courtyard when she is not present. In 2005 the Kumari went on strike, refusing to appear at her window for tourists after authorities denied her guardians’ request for a 10% cut of Durbar Sq’s admission fees!

The building, in the style of the Buddhist vihara (monastic abodes) of the valley, was built in 1757 by Jaya Prakash Malla. The courtyard contains a miniature stupa carrying the symbols of Saraswati, the goddess of learning. Amazingly, the bahal escaped with only minor damage during the 2015 earthquake despite the destruction all around – a sign some Nepalis see as the Kumari’s benign influence.