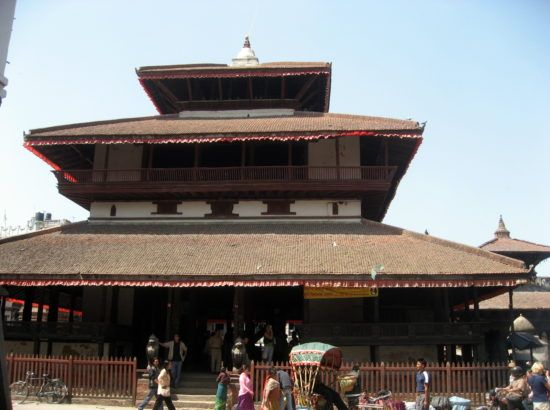 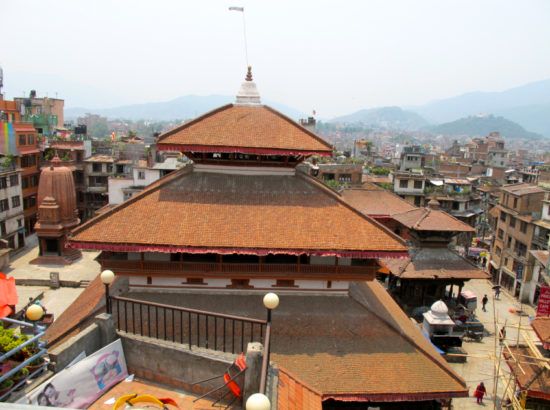 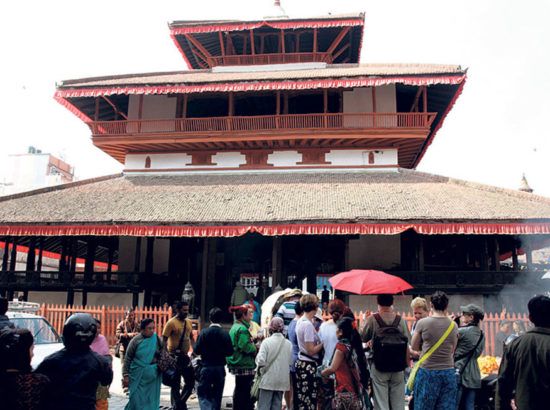 Kasthamandap is a three-story pagoda-style temple situated in the Human Dhoka Durbar Square in heart of Kathmandu city and is believed to be built out of a single tree. Kathmandu city is believed to be named after the temple itself. Kasthamandap means ‘wood-pavilion’. Although its history is uncertain, local tradition says the three-roofed building was constructed around the 12th century from the wood of a single sal tree, though recent research dates the foundations as far back as the 7th century. It first served as a community center where visitors gathered before major ceremonies (a mandap is a 16-pillared pilgrim shelter), but later it was converted to a temple dedicated to Gorakhnath, a 13th-century ascetic who was subsequently linked to the royal family. A central wooden enclosure housed the image of the god, which was noteworthy since Gorakhnath is usually represented only by his footprints. In the corners of the building were four images of Ganesh.