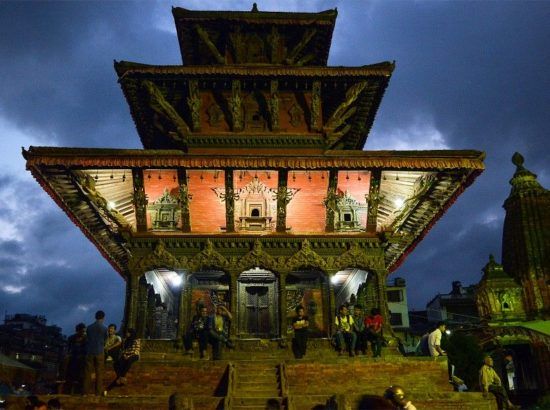 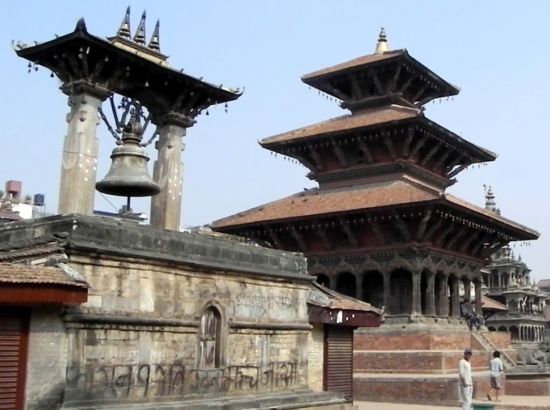 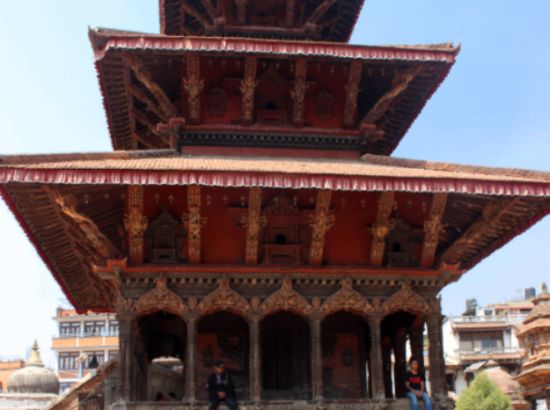 Harishankar Temple is a three-story structure dedicated to Hari Shankar, a half Vishnu, half Shiva deity. Its roof structure is carved with scenes of the condemned being tortured in the various hells. It was constructed by Rudramati, the sister of of King Yoga Narendra Malla. The temple collapsed in the 2015 earthquake, leaving little more than the plinth standing. Reconstruction was completed in late 2019 through the combined efforts of the Kathmandu Valley Preservation Trust (KVPT), the Gemany and Japanese Embassies, the National Reconstruction Authority, and various other donors. The restoration teams were able to recover and reuse a variety of carved wooden elements that survived the quake which were then painstakingly cleaned and reassembled.