Ganja La Chuli (Naya Kanga) Peak (5.844 m) is located on the southern side of Nepal’s Langtang zone. The fine ridge gives us the opportunity to ascend and from the top we’ll have the spectacular scenery of Jugal Himal, Langsisa Ri and Tibet’s sideMt. Shisapangma (about 8,035 m). The standard ascent route to Naya Kanga is over a line on ice and snow via the north-East Ridge. We follow the Langtang trekking route up to Kyangjin (3,749 m) to ascend Naya Kanga. There are several hills to the north above Kyangjin that give both the magnificent views and acclimatization.

We continue to climb steeply over moraine on the road to Ganja La. We abandon Ganja La Road to ascend steeply up yet more moraine to meet the east end of the glacier below Naya Kanga’s (Ganja La) north-east face. We set up the high ascending camp here. We cross the shelf of the glacier to the foot of a shallow couloir to the north ridge. We ascend the couloir to the ridge’s nozzle and floor. Then we turn to the left ice nose, which is just the climb’s technical section. Now the ridge is widening and leading to a small col on the top of the east-west line. The mountain to the right is only 30 meters higher. It should be done carefully to ascend near the summit. Generally the climb from the high camp takes 5-7 hours. We should join Ganja La-Helambu or Syabru Besi for the return trek.

Day 12: Trek back to Kyanjin Gompa 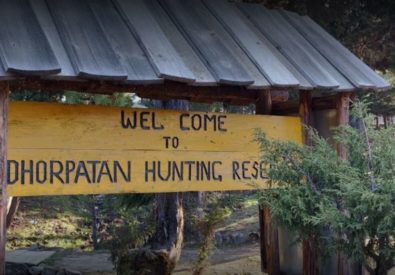