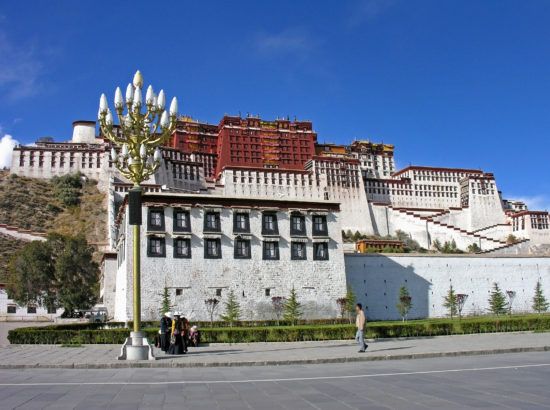 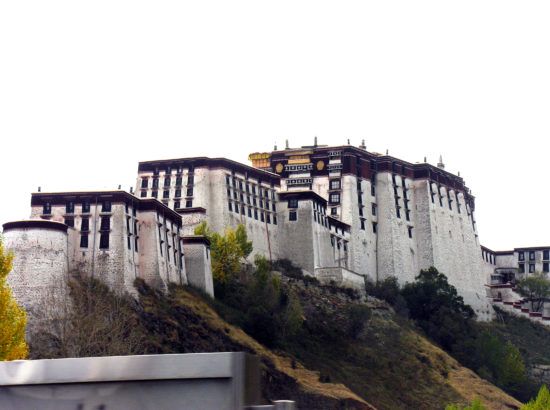 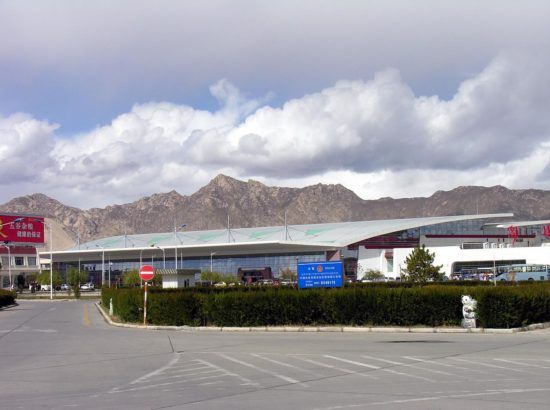 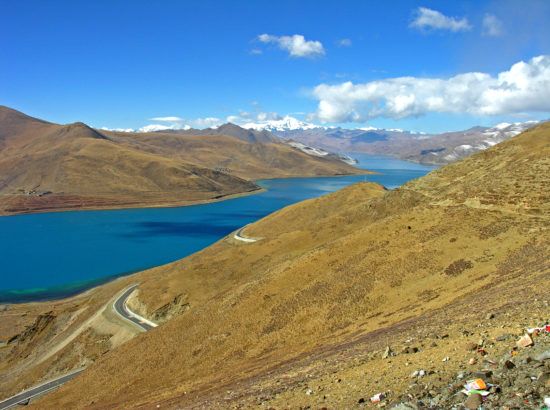 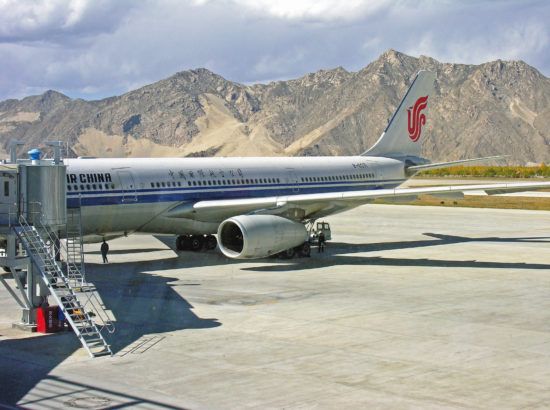 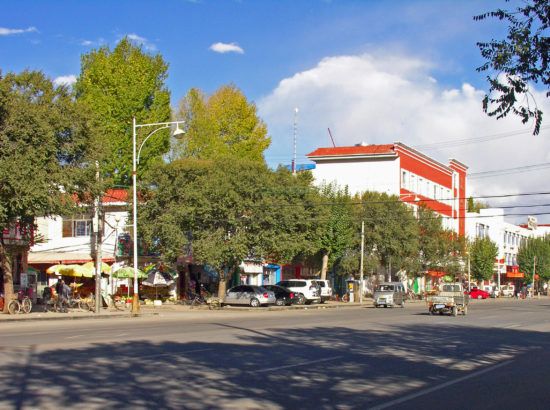 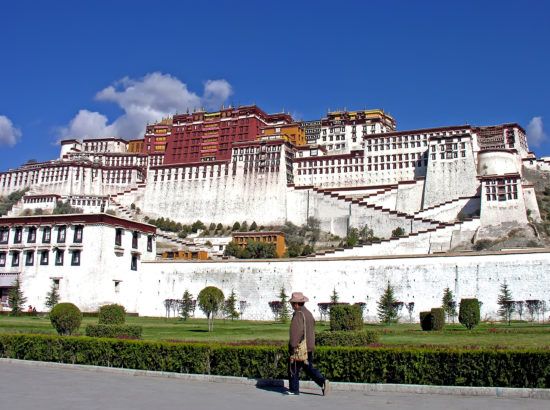 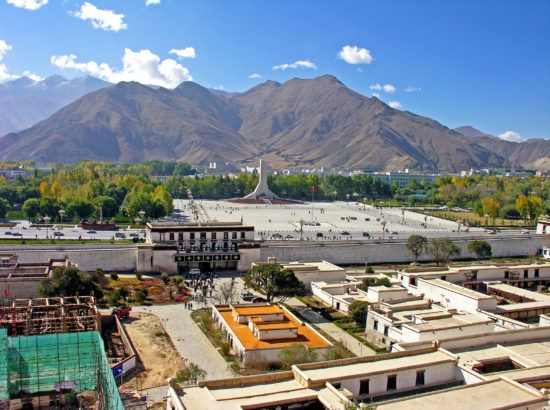 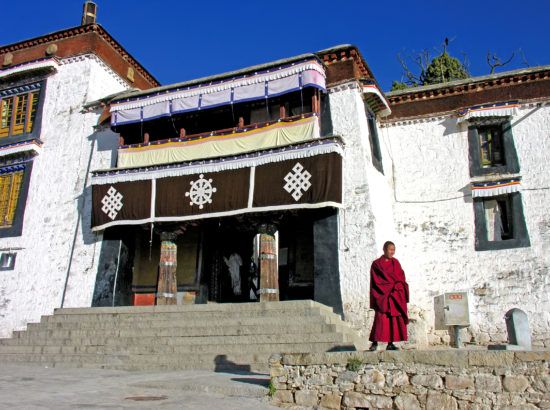 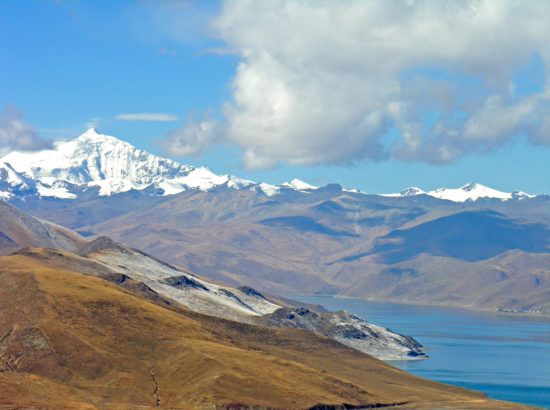 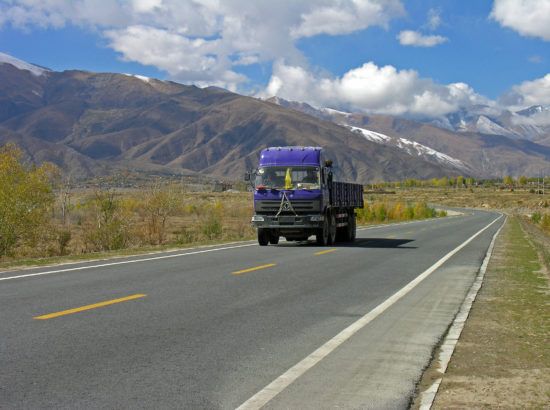 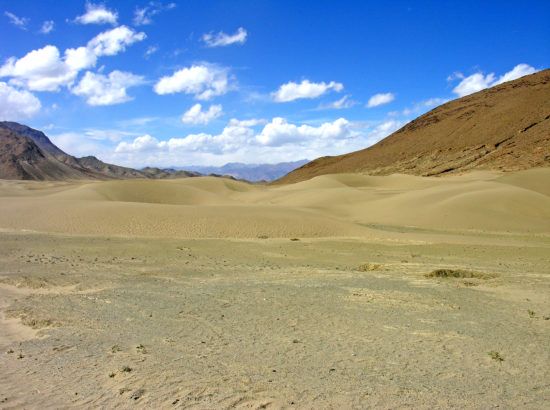 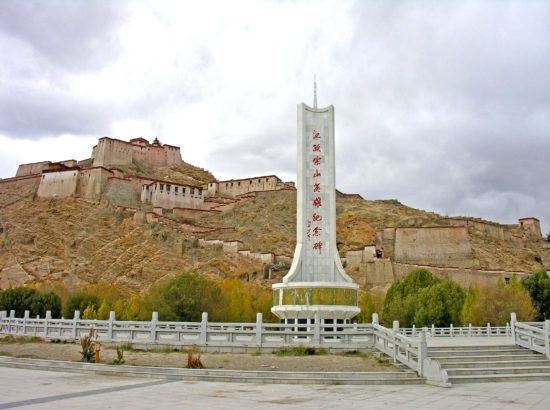 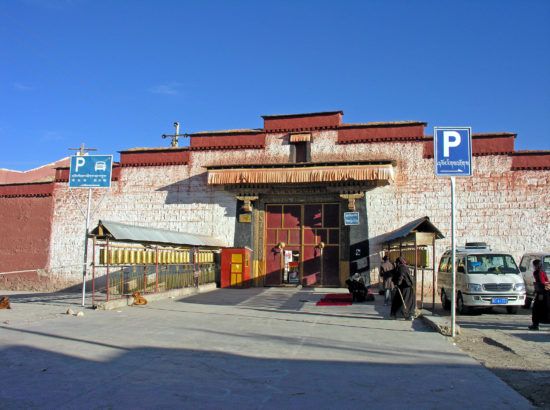 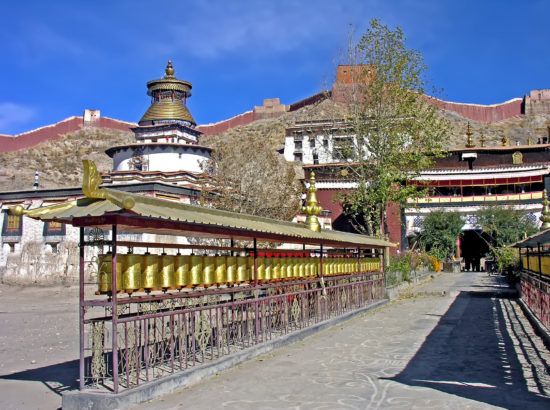 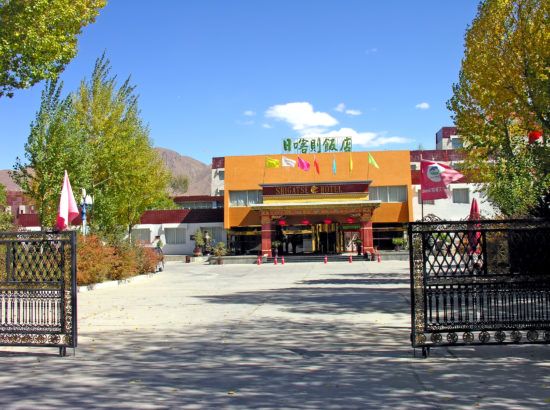 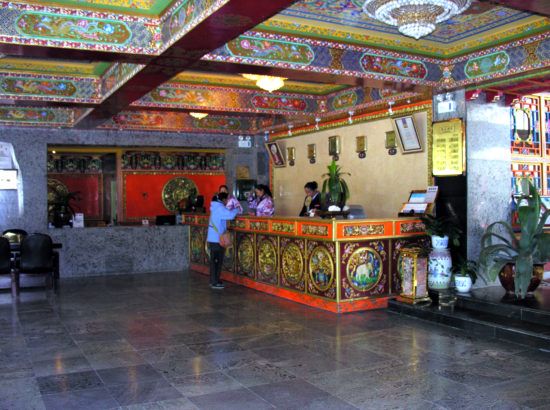 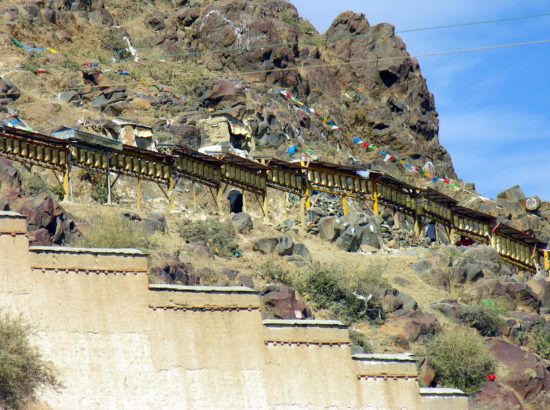 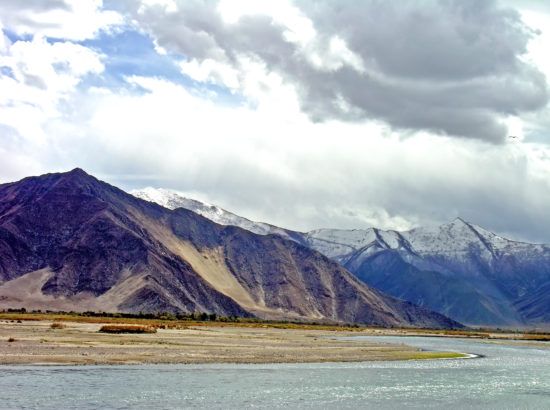 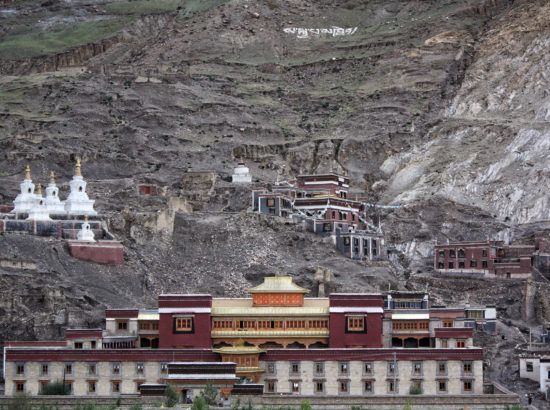 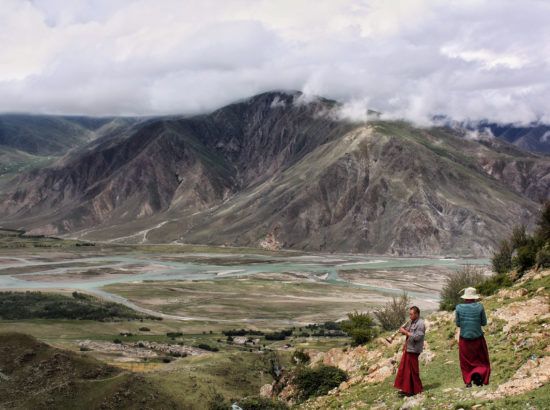 Explore Lhasa Tour, the shortest possible tour of Lhasa, is very popular amongst international travelers. The tour begins and ends in the heart of Tibet, Lhasa, and covers popular landmarks of this beautiful city such as the Dalai Lama’s Potala and Norbulingka Palaces, the Tibet Museum and Barkhor Bazaar. We also visit a number of impressive Tibetan monasteries in Lhasa like Sera Monastery, Drepung Monastery and Jokhang Temple. They are all amazing monasteries with a history and religious relevance of their own. This trip also takes us further to the outskirts of Lhasa where we visit the 15th century Ganden Monastery and explore the Drayerpa Cave, which is still a meditative sanctuary for Tibetan monks.

You arrive at the Gonggar Airport in Lhasa, Tibet’s administrative capital and one of the highest cities in the world. If you fly in to Lhasa from Nepal, you will enjoy an hour of breathtaking views of The Himalayas on what is considered to be one of the most beautiful air routes in the world. If you choose to travel via mainland China, you may fly in or take the world’s highest train route to Lhasa. You will be greeted by a representative of Alpine Club of Himalaya upon your arrival at the airport or train station. You are advised to rest for the rest of the day to adjust to the altitude and minimize altitude sickness, as Lhasa has an elevation of about 3,600 m (11,800 ft) and lies in the centre of the Tibetan Plateau with the surrounding mountains rising to 5,500 m (18,000 ft), and thus the air only contains 68 percent of oxygen. Overnight in Lhasa.

Lhasa, which means the “place of the gods”, is also the religious capital of Tibet, where Buddhist master Padmasambhava is said to have magically pinned down the earth demoness and built the foundation of the Jokhang Temple over her heart. You will visit the Potala Palace, which was the chief residence of the Dalai Lama and is now a museum and World Heritage Site. The building measures 400 metres east-west and 350 metres north-south, with sloping stone walls that have copper poured into the foundations to help proof it against earthquakes. The palace has thirteen stories containing over 1,000 rooms, 10,000 shrines and about 200,000 statues, and is situated at 117 metres (384 ft) on top of Marpo Ri, the “Red Hill”, rising more than 300 m (about 1,000 ft) in total above the valley floor. It is magnificent and provides a breathtaking view of the valley.

Next we visit the Norbulingka Palaces, which was built by the 7th Dalai Lama and served both as administrative centre and religious centre, was also the summer palace of the Dalai Lama. Also a World Heritage site, the palace has what is considered to be the largest man-made garden in Tibet. Next, we visit the Tibet Museum, the official museum of Tibet, which has a permanent collection of around 1000 artifacts related to the cultural history of Tibet. Overnight in Lhasa.

In the morning, we drive to Ganden Monastery, one of the “great three” Gelug university monasteries of Tibet located at the top of Wangbur Mountain at an altitude of 4,300m. Ganden Monastery has extremely delicate and fine murals and sculptures, with more than two dozen major chapels with large Buddha statues. The monastery also houses artifacts that belonged to Tsongkhapa, including his tomb. It also has an armor suit decorated with gems worn by Emperor Qianlong, which was bestowed to the monastery as an offering to Tsong Khapa, founder of the Gelug sect. We then drive to Drayerpa Cave located in a beautiful valley with a stunning landscape, that has more than 30 caves for Lamas who wish to meditate. In the evening, we drive back to Lhasa. Overnight in Lhasa.

We visit the Drepung Monastery, Sera Monastery, Jokhang Temple, and Barkhor Bazaar. The Drepung Monastery, which was built in the 14th century, is believed to have sheltered around 10,000 monks in the past. The history, culture, and religious beliefs of the Tibetan people are strongly concentrated and centered in this marvelous monastery. The Sera Monastery is a preserved monastery with white-washed walls and golden roofs. Jokhang Temple is another important sacred site which unravels more deep-seated mysteries of Tibetan Buddhism. We then stroll through the Barkhor Bazaar (market). With its open air stalls, shops and crowd of pilgrims, it is the epicentre of Lhasa. Overnight in Lhasa. Overnight in Lhasa.

Departure day; you can complete your last minute shopping. Representatives of Alpine Club of Himalaya will transport you to the airport.

Your safety is of paramount importance to us at Alpine Club of Himalaya. We have the absolute authority to cancel the trip or change the itinerary, when deemed necessary or when we have reason to believe your safety is at stake. Weather conditions, the health condition of a group member, natural disasters, and such, can contribute to changes in the itinerary when traveling in remote mountainous regions. In these extreme situations, we kindly request that you offer your full cooperation to the trusted leader of the group appointed by Alpine Club of Himalaya. However, we assure you that we will make every effort to keep to the above itinerary. 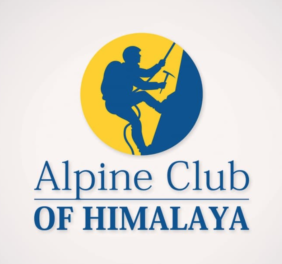