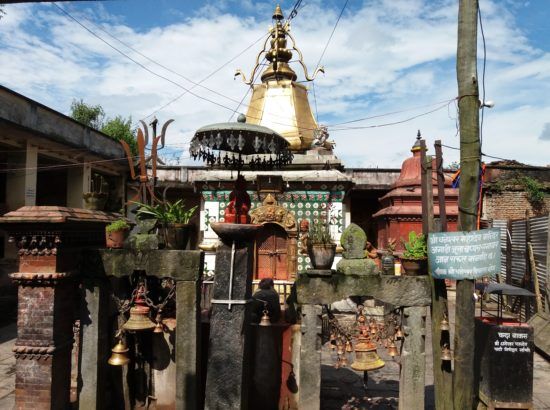 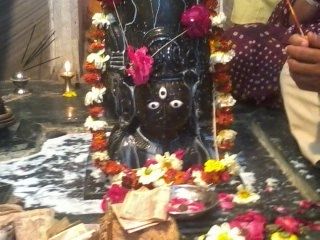 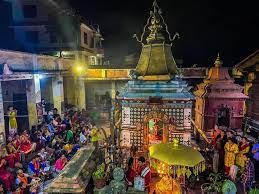 The Dhaneshwor Shiva Temple is located between Banepa and Panauti. According to the Himavathkhanda Purana, there once live a poor Vaisya named Shiva Das who had to suffer much ridicule from his wealthier relatives, and thus was forced to become a hermit. On the advice of a sage named Ritu he began to pray to Dhaneshwor, who in return for his devotion, granted him a lot of property and made him wealthy. As a symbol of his gratitude Shiva Das established this temple in his divine benefactor’s honour. It is also believed that it was here that the right ear of Sati Devi fell as Shiva wandered the earth carrying his dead wife’s body. The temple is a multi-roofed structure and the chief object of worship is the Panchamukhi Shivalinga, one of the most famous Shivalingas in Nepal. Also present in the temple are idols of Bhairav, Narayan, Laxminarayan, Hanuman, Mahankal, Umamaheshwor, and Nandi. Devotees gather here all the year round, especially during the festivals of Dhanya Purnima, Shivaratri, and Blachaturdashi.