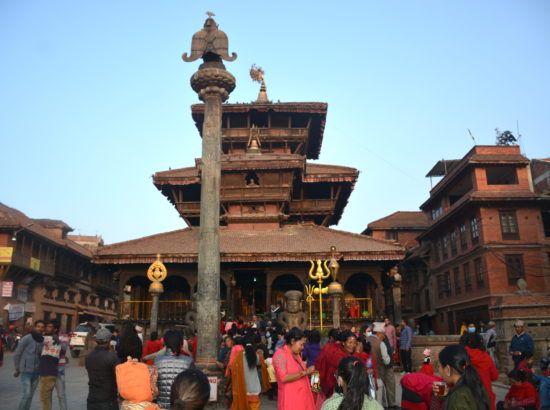 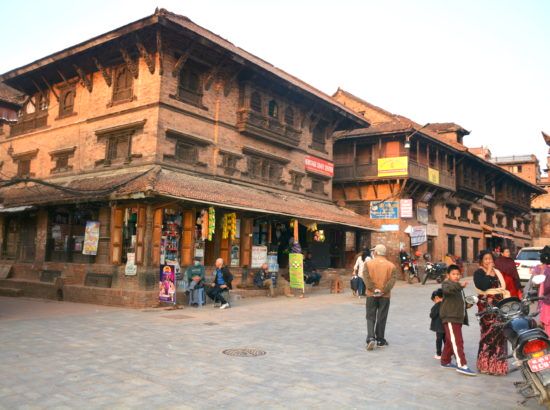 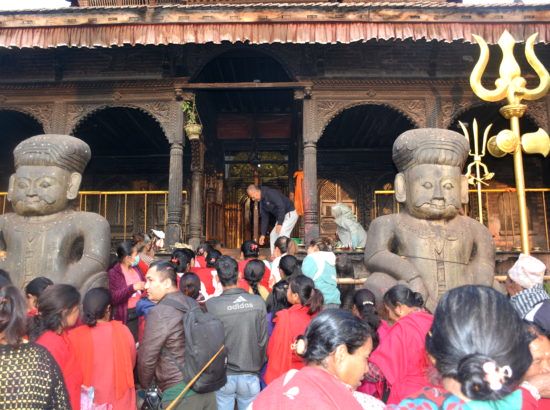 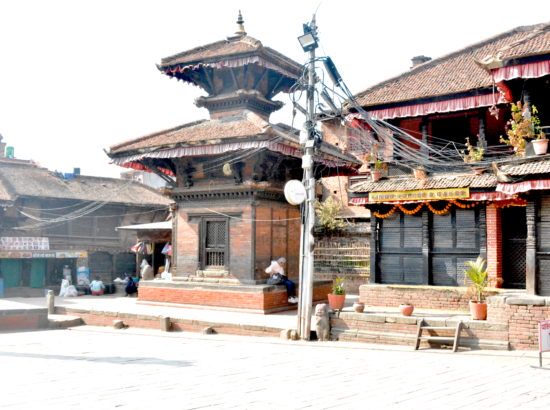 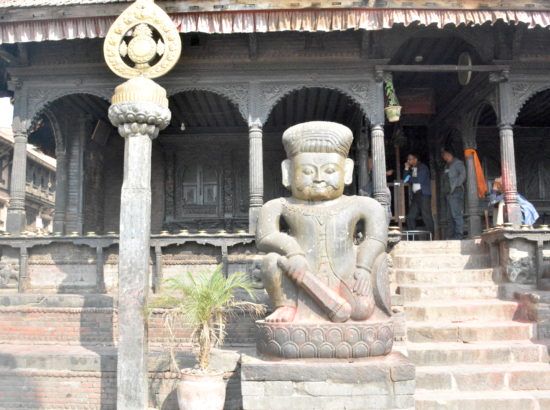 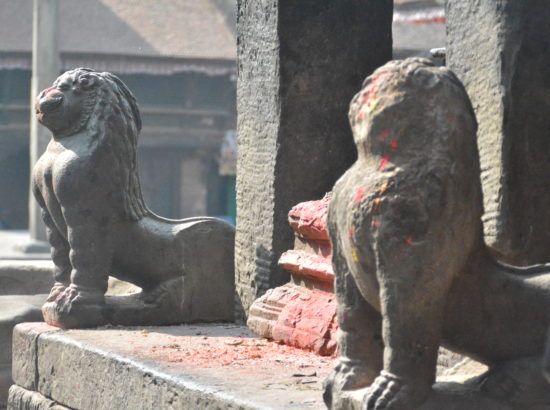 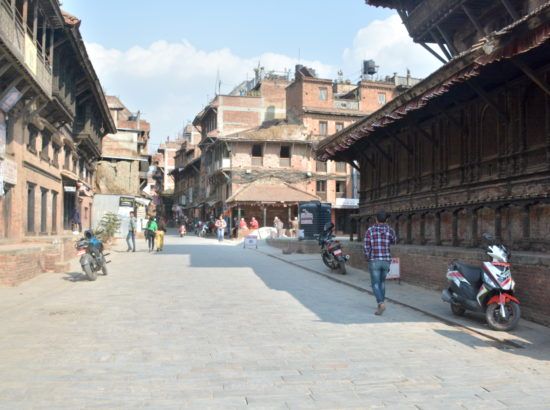 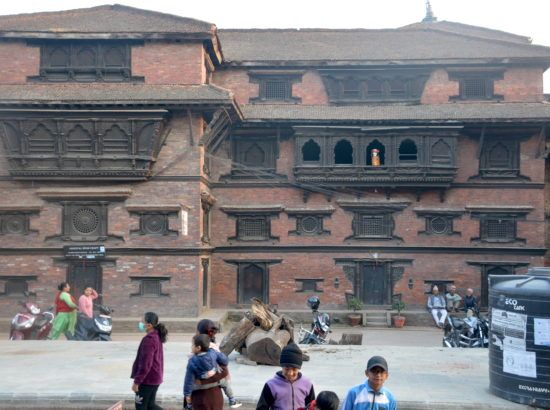 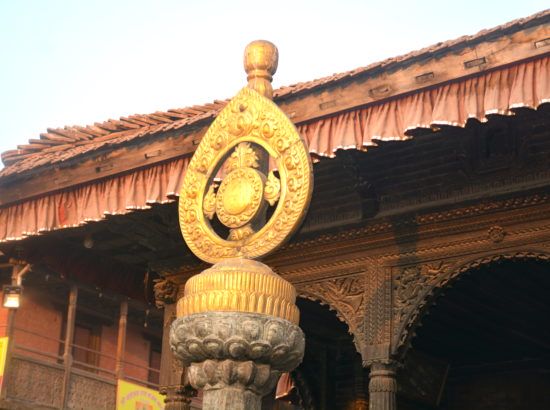 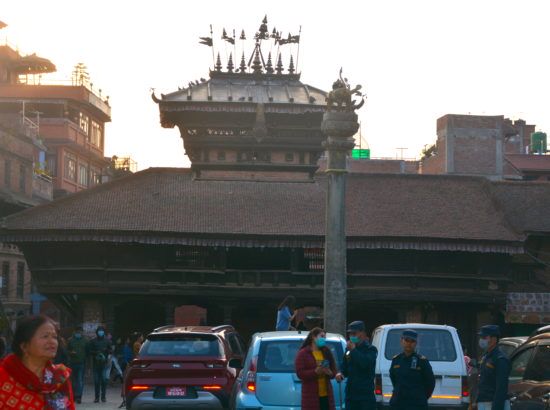 Dattatreya Square in Bhaktapur is the oldest square in the city. Well known for its three-storeyed temple of Hindu God Dattatreya that was built-in 1427 by king Yaksha Malla. The giant-looking temple is believed to be built up from a single Saal tree that survived the earthquake of 1934 and 2015.

Dattatreya is the youngest son of Rishi Atri and Mata Anasuya. He is portrayed as a Yogi with three heads representing an incarnation of Lord Shiva, Vishnu, and Brahma in one form. With six arms carrying Sankha, Chakra, Trisul, Japa Mala, Kamandalu, and Damaru, Dattatreya is guarded by four dogs and a nourishing cow.

In front of the temple is a tall stone monolith with Garuda praying Dattatreya, statues of famous medieval wrestlers Jayamel and Phattu, monoliths mounted with Sankha and Chakra, and the statues of fours dogs. All the monoliths can be seen supported by the stone turtles. Behind the temple is the Pujari Maths once used to be home for temple priests is now a collection of centuries-old wood and metal crafts. The museums itself are the 15th-century buildings that reflect the rich medieval age through its beautiful architecture and wood carvings.

Inside the Metal Craft Museum is the traditional Newari items like Panas, Karuwa, Kachaura, Thal, Hukka, Gagri and various design of wine pots. Just opposite it is a woodcraft museum that houses the best wooden statues of the 17th century. The wooden statues of Mara Vijaya, Puja Devi, Bhairav, Biswarupa, Aryatara, Kuber, Mayadevi, and beautifully carved struts reflects the excellent craftsmanship of the Malla dynasty. A masterpiece of woodcraft “Peacock window” from the 15th century can be seen on the outside wall of the museum.

There is a Bhimsen temple, Bhimsen Hiti, and a Laxmi Narayan temple on the front side of the square. On the north side of the square is a Salin Ganesh temple and Salin Pokhari. The square is surrounded by cafes, restaurants, bars, thangka shops, wood and metal crafts, and Nepali spice shops. Dattatreya Square is must visit place in Kathmandu to pay a visit to Guru Dattatreya or discover the amazing art and crafts from the 15th century.