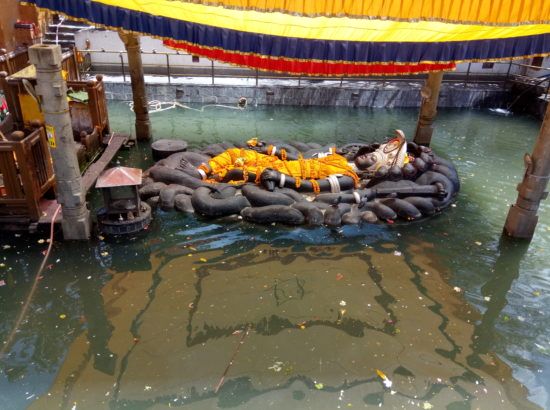 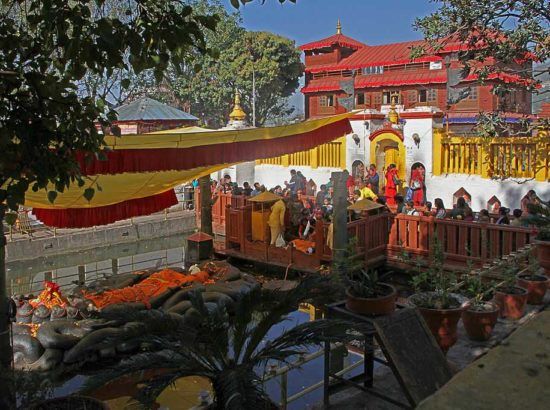 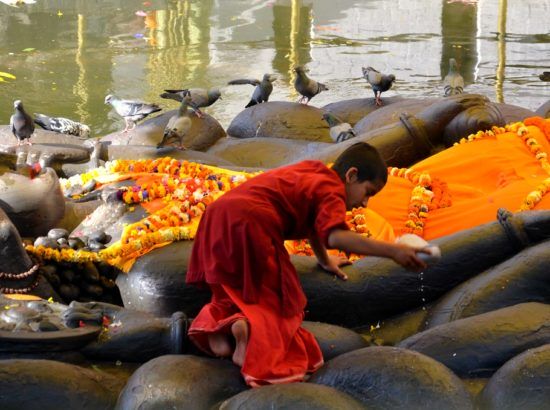 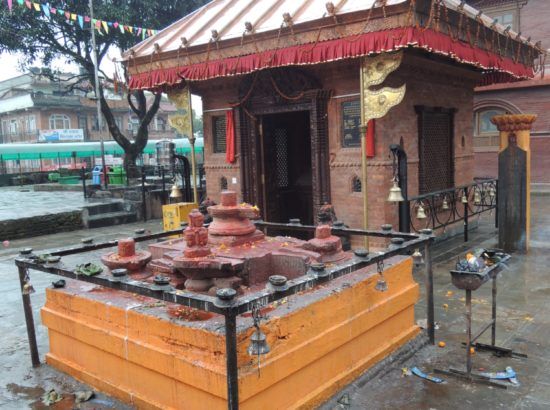 Budhanilkantha Temple, located in Budhanilkantha, is a Hindu open-air temple dedicated to Lord Vishnu. Budhanilkantha Temple is situated below the Shivapuri Hill at the northern end of the Kathmandu valley and can be identified by a large reclining statue of Lord Vishnu. The temple’s main statue of Budhanilkantha is considered the largest stone carving in Nepal. The main statue is a black stone structure carved from a single block of black basalt. The statue stands 5 meters tall (around 16.4 feet and is positioned in the middle of a recessed pool of water, which is 13 meters (42.65 feet) long. It depicts the deity reclining on the coils of the cosmic serpent Shesha. He holds the Sudarshana Chakra, Club, a Conch Shell and a gem in his four hands. He is well adorned with a crown engraved with multiple Kirtimukha images which can often be seen being overlapped by a silver crown. This temple is regarded as a sacred place for Hindus but equally well venerated by Buddhists which is an excellent example of religious harmony in Nepal.