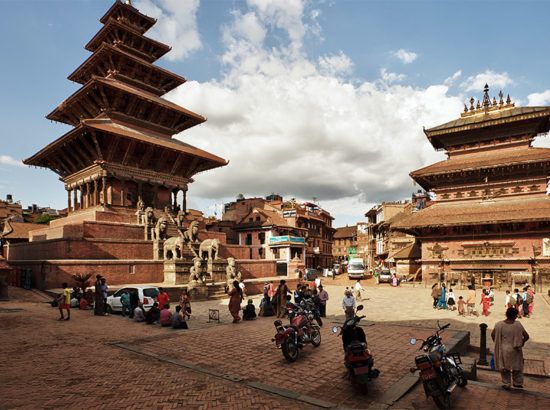 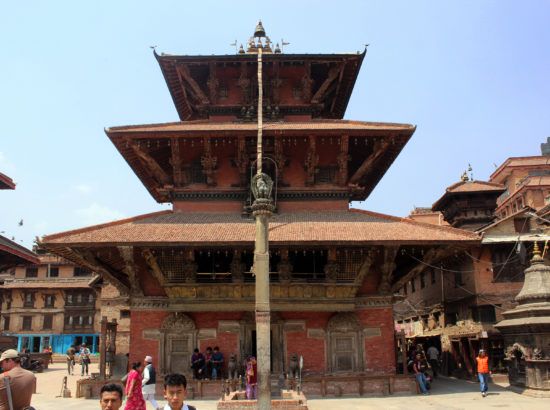 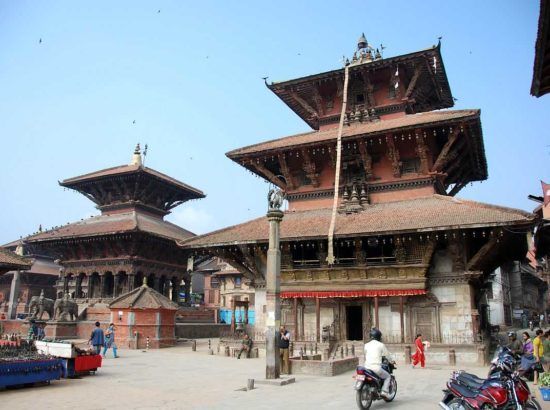 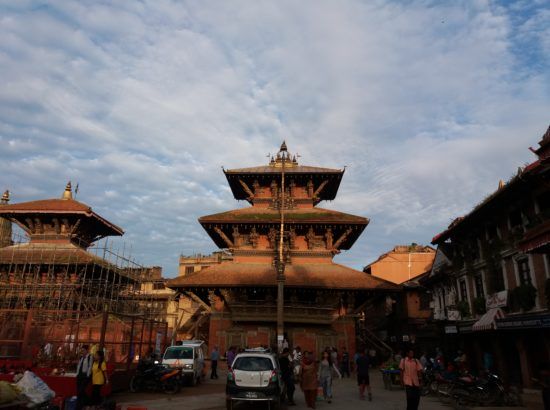 At the northern end of Durbar Sq, the Bhimsen Temple is dedicated to the god of trade and business, which may explain its prosperous appearance. One of the five Pandavas from the Mahabharata, Bhimsen is credited with superhuman strength, he is often depicted as a red muscleman, lifting a horse or crushing an elephant under his knee. The three-storey pagoda has an unusual rectangular plan that sets it apart from other temples in Patan. The current temple was completely rebuilt in 1682 after a fire and was later restored after the 1934 earthquake, and again in 1967. Once repairs following the 2015 quake are complete, non-Hindus may once again be able to climb to the upper level (the inner sanctum is usually upstairs in Bhimsen temples) to view the wild-eyed statue of Bhimsen.