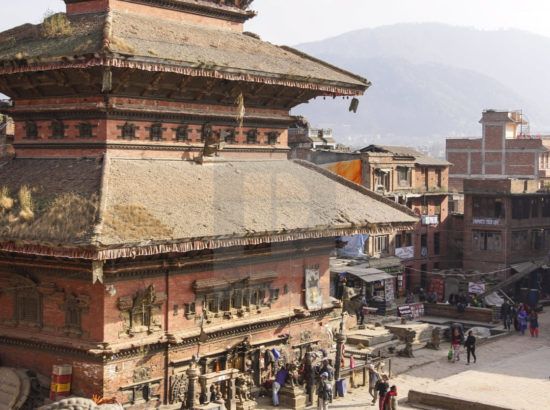 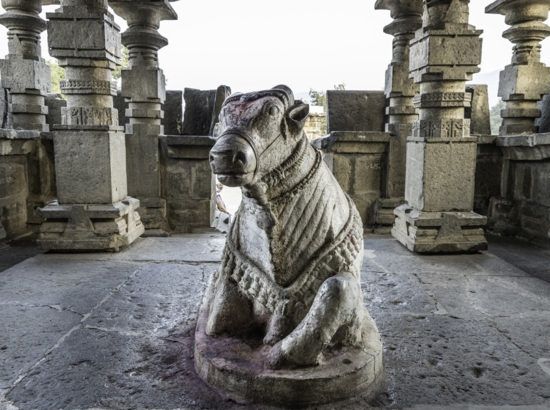 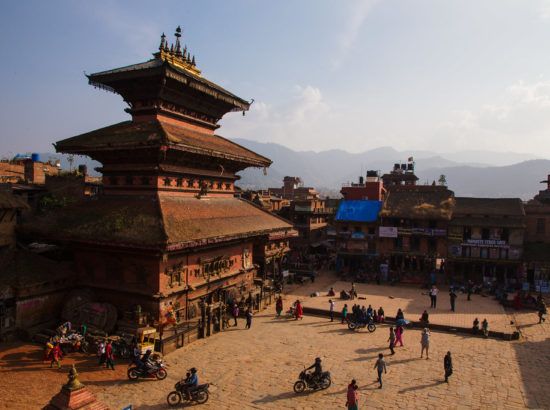 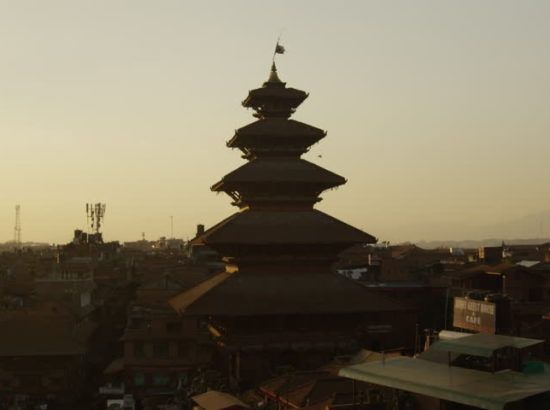 The broad-fronted, triple-roofed Bhairabnath Temple is dedicated to Bhairab, the fearsome incarnation of Shiva, whose consort occupies the Nyatapola Temple across the square. Despite Bhairab’s fearsome powers and his massive temple, the deity is depicted here as a disembodied head just 15cm high! Casually stacked against the north wall of the temple are the enormous wheels and runners from the chariot used to haul the image of Bhairab around town during the Bisket Jatra festival in mid-April. A small hole in the temple’s central door (below a row of carved boar snouts) is used to push offerings into the temple’s interior; prior to the 2015 earthquake, priests accessed the interior through the small Betal Temple, on the south side of the main pagoda, but this collapsed entirely, and restoration work is underway. The temple’s facade is guarded by two brass lions holding the Nepali flag, the only national flag that is not rectangular or square. To the right of the door is an image of Bhairab painted on rattan, decorated with a gruesome garland of buffalo guts. Head here at dusk to hear traditional devotional music. Next to the temple is a sunken hiti with a particularly fine spout in the form of a makara (mythical crocodile-like beast). 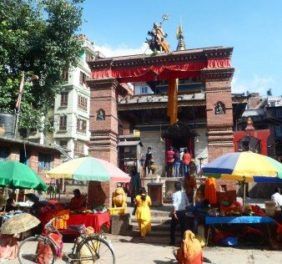 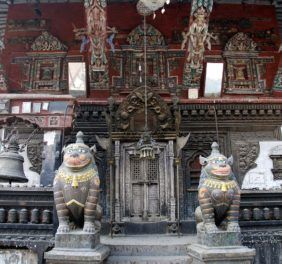 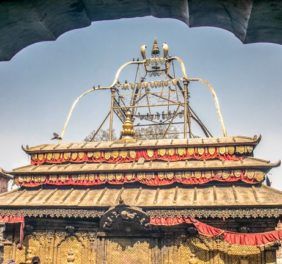 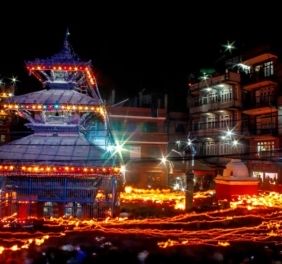 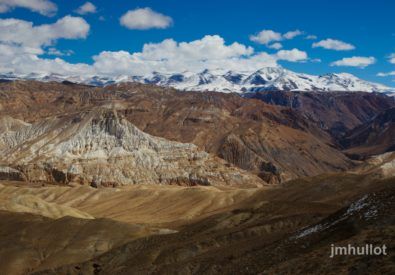 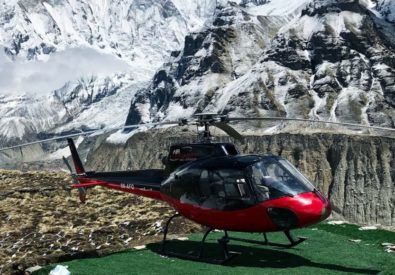 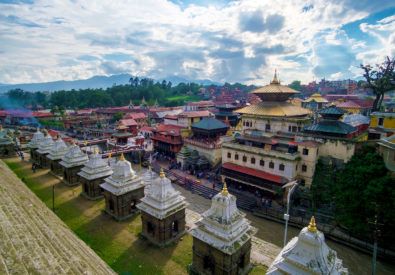