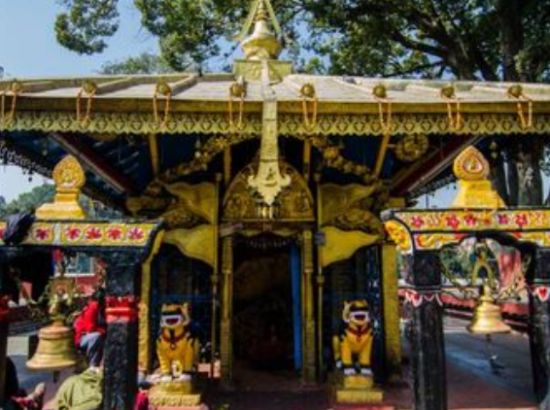 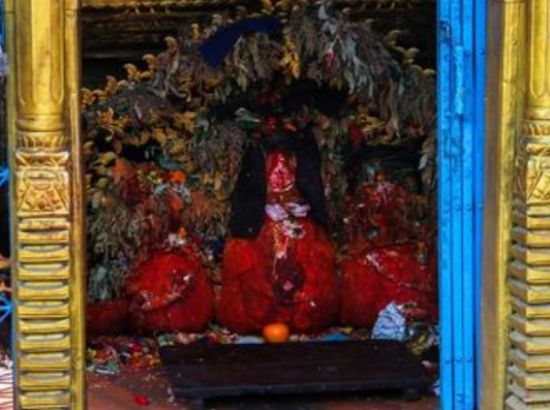 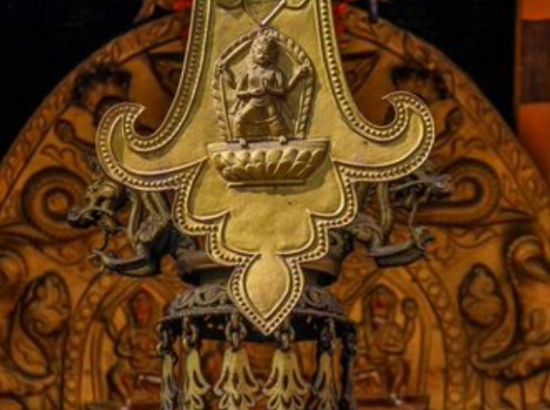 Batuk Bhairabh Temple is a one storey pagoda style temple topped with a brass roof at the crossroad in Lagankhel, the heart of Patan district. Unlike other temples, this one doesn’t have an idol rather a stone-shrine is worshipped as Bhairabh accompanied by Lord Ganesh, Lord Kumar and Goddess Kumari in the inner sanctum. Many believe that Batuk Bhairabh is a family deity of God Minnath. According to the legend, King Amshuvarma of Lichhavi Period built this temple after his return from Prayag visit between 595 CE – 621 CE, then Juddha Shumsher Rana refurbished it in 1912 B.S.

Lord Shiva divined himself as wrathful Bhairabh to scare off Brahma and Bishnu when a dispute on who is the greatest of all erupted between these three gods. It is believed that Shiva cut off one of five heads of Brahma when he counter-argued that Brahma was the greatest for being the Creator. According to the ancient text Shakti Sangam from Kali Khanda scripture, Batuk Bhairav was born to kill the demon Aapad who gained a powerful boon from Brahma. Aapad misused his powers to create havoc in all three worlds; heaven, hell and earth. Infuriated Gods to punish the demon for his misdeeds created a five year old boy with their combined powers. The boy was Batuk Bhairabh, the living embodiment of time and space. Aapad couldn’t be killed in present, past or future time zones because of his boon, so Batuk momentarily paused the Kalachakra (time), ripped Aapad’s body apart and saved the entire living creature.

People worship Batuk Bhairabh to get rid of Sani Dosh, the obstacles created by the planet Saturn. Weak Saturn results in insomnia, laziness, and many physical, mental and psychological losses and not only to oneself but to immediate family members too. In easier terms, life and lifestyle go down south because of Sani Dosh. Worshipping Batuk Bhairabh on a specific day of a week for a specific number of days will help one alleviate their problems. People also feed black dogs, Bhairabh’s animal form on Saturdays as a service to Him.