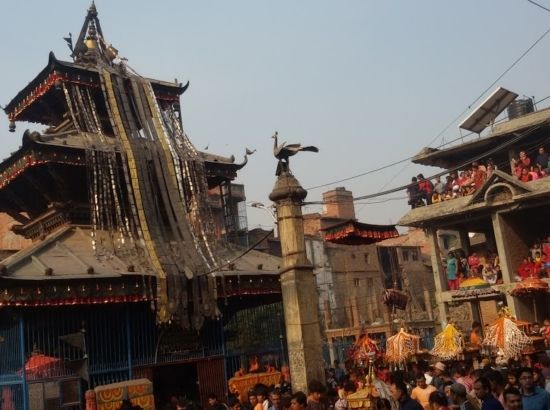 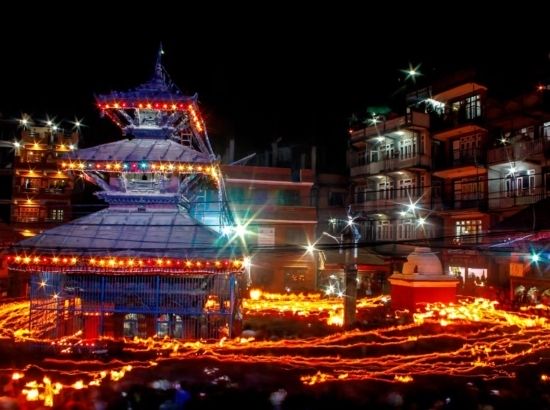 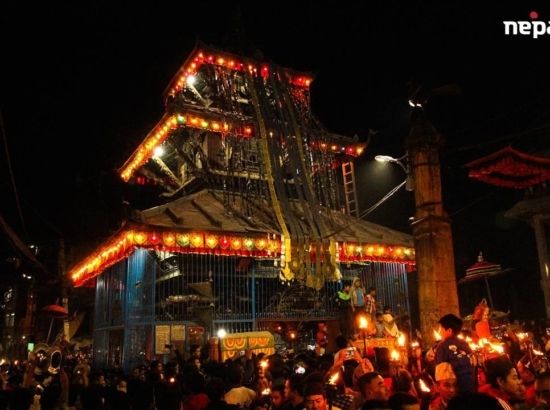 Balkumari temple is located in the heart of old Thimi. Around 1 Km from the Shankadhar chwok on the top of old Thimi town lies the Balkumari temple. The temple was built in the 17th century. Goddess Balkumari is worshiped as one of the Bhairab’s shakti. It is believed that only four Balumari temples should reside in the Kathmandu valley. The temple is in the middle of rectangular courtyard with rest houses around. There is a column with peacock on the top just in front of the temple. The peacocks can also seen in the corners of the temple. There is also a Bhairab temple on premise. Local people from the Newar community performs several ceremonial rituals everyday. The temple is crowded during the Balkumari Jatra, which is a part of Bisket Jatra in mid April. During the festival, locals gather and take out a procession carrying 32 chariots containing the idols of different gods and goddesses. People smear each other with Vermilion powder and sing and dance to the tune of traditional music during the procession.

The story behind the origination of temple is as follows. Once upon a time a merchant from Thimi used to visit the town of Lubhu. There he felled in love with the princess. The princess became pregnant, she asked the merchant to take her with him. The merchant agreed in one condition that she should bring the goddess Balkumari along with her. The princess agreed and thus then the Balumari temple shifted from Lubhu to Thimi.