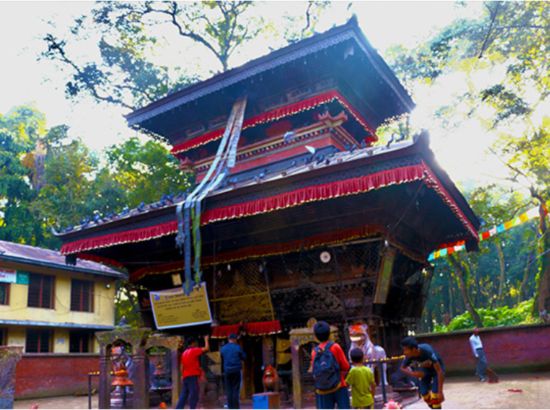 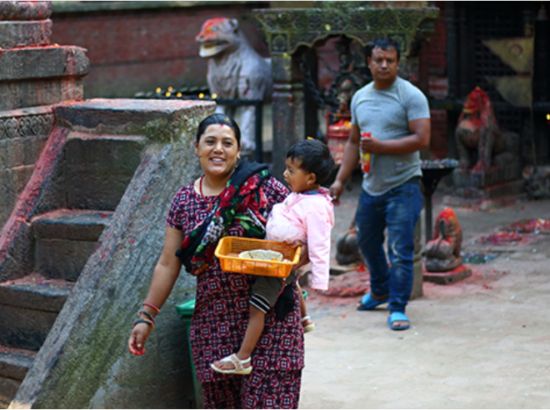 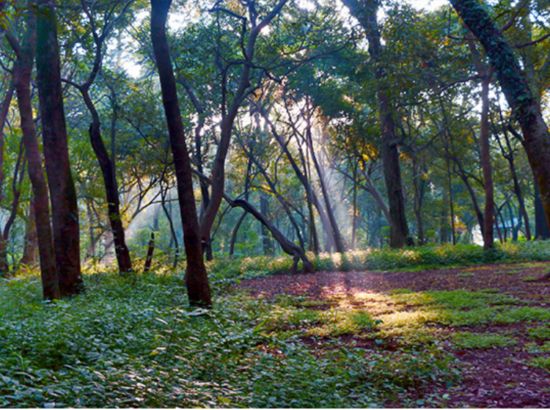 The Bajra Barahi Temple lies about eight km south of Patan–at a 30-minute ride from the city. The temple, which is located at the meeting point of three Newar settlements–Thecho, Chapagaun and Jharuwarasi–is known for its social, cultural and religious heritage. One of the four famous Barahi temples in Nepal, the Bajra Barahi Temple was built by Shree Niwas Malla in 748 BS. Embellished with ancient 17th century art, the temple is dedicated to the tantric manifestations of Goddess Kali. The temple is masterfully constructed in pagoda style, but lacks the most important part of its design, the gajur, regarding whose absence there are numerous myths. The raj pujari at Bajra Barahi says that he’s heard, since his childhood, stories about how the temple’s builders had been ordered to construct the structure in a single day. When most of the temple had been constructed, and the builders were starting to work on the roof, rooks started cawing in the nearby jungle, signalling the start of a new day. The builders thus left the structure incomplete.

The temple features wall inscriptions, sculptures and struts that are inlaid with incarnations of female gods. The main temple is guarded by statues of two white tigers–vehicles of Goddess Kali–one on each side of the entrance. In front of the main temple rests a statue of a bull (Lord Shiva’s vehicle), to whom devotees offer milk, ghee, curd and maize flour every time their cattle deliver calves. People believe that making such offerings impresses Goddess Kali, who looks after the well being of the cattle. The practice reminded me of the time my grandmother prayed to the goddess of Bajra Barahi when our cow delivered her first calf, and of how my grandmother later paid a visit to the temple to offer milk to the goddess. Besides the Bajra Barahi temple, there are smaller temples to Naag, Saraswati, Ganesh and Shiva inside the main temple’s premises.