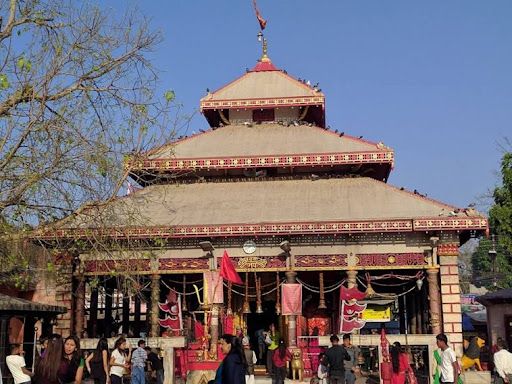 Bageshwori temple is known to be one of the oldest in the region, and the oldest temple in Banke District. Every year it attracts a large number of devotees from around the country, as well as from the nearest border cities of India. Especially in the festival of Dasain, the biggest festival in the country, the temple receives a huge crowd of people wishing to pray the goddess and offer animal sacrifices. Shiva ratri, Teej, Magh sukla purnima on these festivals bageshwori temple gots crowds. The temple’s image can be seen in Nepalese one-rupees coins and postal stamps.