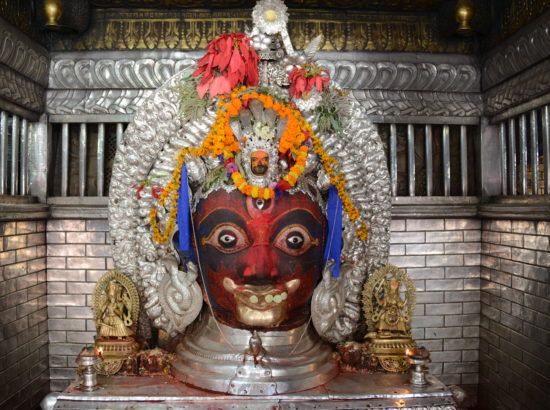 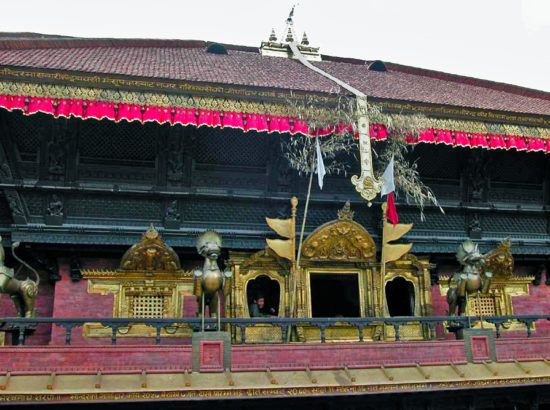 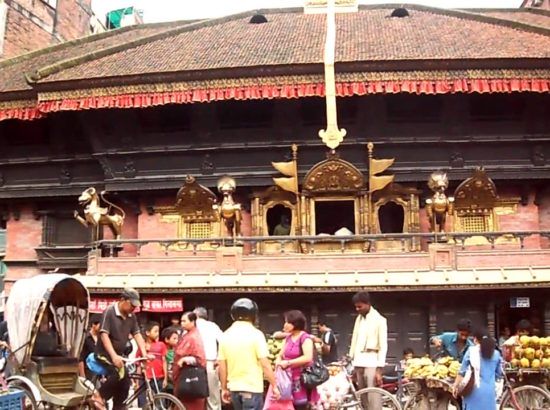 Akash Bhairav (NepalBhasa) is one of the different forms of Bhairava. He is known as King Yalambar in History of Nepal, as Barbarika in Mahabharata. The temple of Akash Bhairav is supposed to have been a palace of the first king of Nepal, Kiranti King Yalambar around 3100–3500 years back. The head of the Aakash Bhairav was dug up several hundred years ago in Kathmandu. It is taken out once a year on the occasion of Yenya Festival and blessed by the Kumari, the living goddess.  This ceremony is held in the month of August/September. During the ceremony, large number of worshippers come to visit this temple. They offer Peda, flowers, money and several others things.Followers from all over the world come to Kathmandu to be a part of the important pooja rituals performed during this time of the year.