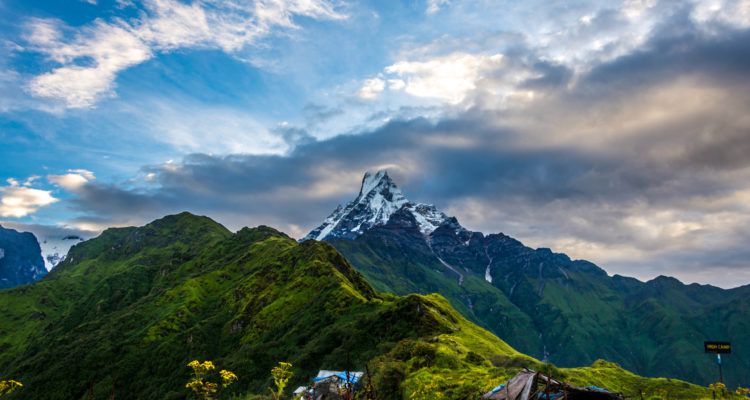 I met Karsten Linderoth from Aarhus, Denmark in Thamel in a tea shop. He ordered two cups of Nepali tea and start making friendly conversation with the owner. His conversation was interesting to me when I found that it was his 17th time trekking in Nepal. This year he said he went on Mardi Himal Trek for 5 days. He shared his trekking experience in Nepal with ktmguide as follows:

This year I went to on Mardi Himal Trek on April. We were unlucky this time as the weather was not fine we could not get spectacular views of Mardi Himal 5587m and Annapurna range. He felt pity on other first time trekker who couldn’t get to embrace the magnificent mountain views. The weather killed the trek. It is so unlucky experience that we could not get the good views despite of trekking too hard on a dangerous and slippery trail. The weather was beautiful in Pokhara.

He added that he really love Nepalese people who are kind and helpful. He shared with us that he remembers an old picture taken in early 80’s of a women in Annapurna region. I said would he like to meet her? The he was smiling and told oh well I don’t think that’s possible. But I assured him that she can be found of he can provide me the picture and location details. Well maybe next time when I visit e said.

Karsten was staying in Paknajol area near to Thamel which is quieter. He said he was staying in Kathmandu Peace House which had nice cheap and good rooms.

He added that he was in Nepal with his son last year March doing an Everest Trek. It was his 10th trek in Everest region. He remembered the Everest trek which he did in 1995 when his wife was pregnant and she had an altitude sickness.

The sweet and short conversation with Karsten, made me feel how alluring are the Himalayas for people, that makes them walk for weeks in the wilderness despite of the busy life schedule. We were soon off on our lives saying goodbye and hoping to see next year in Thamel.