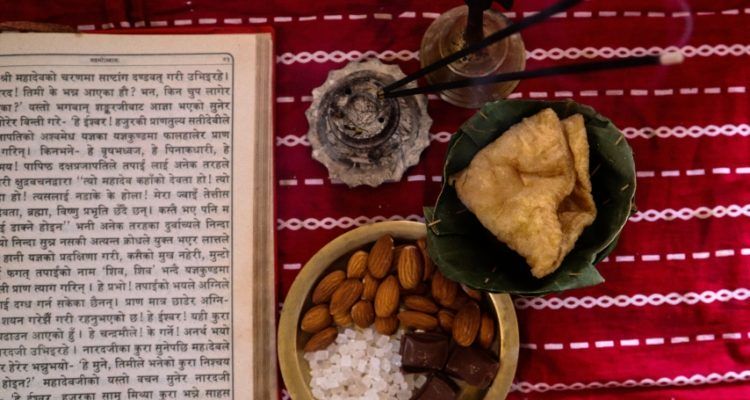 Swasthani Brata Katha is the worship of the Swasthani Goddess, who is considered to be one of the most powerful goddesses. She is also known as Astha Matrika, possessing the powers of Mahakali, Brahmi Maheswari, Baishanavi, Barahi, Indrayani, Kaumeshwari, and Chamunda, the eight goddesses. In Hinduism, the festival is celebrated for a month which begins on the day of the full moon of Poush and ends on the day of the full moon of Magh. During this festival, the devotees follow a month-long fasting ritual and recite the mythological stories or Skanda Puran or commonly known as Swasthani Brata Katha.