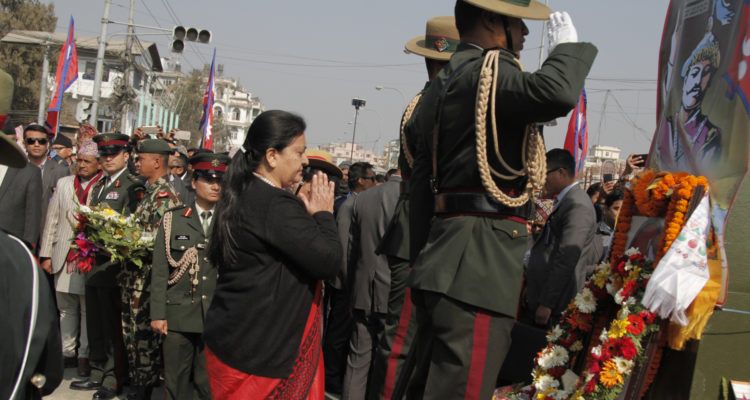 Prithvi Jayanti is a public holiday that celebrates the birth of Prithvi Narayan Shah, King of Nepal and Gorkha. In September 1745, Shah started the unification of Nepal campaign which unified small kingdoms called Chaubisi Rajya and Baise Rajya. Every year, the President of Nepal visits the statue of Shah in Singha Durbar as part of a ceremony and The Nepal Army celebrates this ocasssion by giving special salutes in memory of Prithivi Narayan Shah.